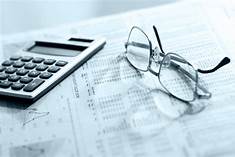 Bonds yields have witnessed a downward trajectory in recent times in the market across tenors. But are low yields an advantage with the inflation rate at double digits, the FX liquidity being thin and the sovereign foreign currency (FCY) bonds trading at much higher yields?

The average yield on FGN Bond dipped to 6.84 per cent to close the third quarter from 8.55 per cent in the second quarter of 2020. This is a further decline from 11.91 per cent in the first quarter. However, Nigerian bonds outperformed most emerging markets/frontier markets local currency (EM/ FM LCY) bond markets.

This was on the back of increased liquidity in the system that followed the CBN’s OMO policy that restricted non-bank corporates and individuals from participating in OMO transactions. At the monthly FGN bond auction last Wednesday, the debt management office (DMO) offered N30 billion across two re-issues, raised N45 billion ($120m) and attracted a total bid of N236 billion.

The marginal rates crashed by 355 basis points and 290 basis points for the 15 and 25-year benchmarks respectively from the previous auction. The rates of 4.97 per cent and 6.00 per cent are now far out of sync with both domestic inflation of 13.71 per cent year-on-year and the CBN’s monetary policy rate of 11.50 per cent.

They are also well below the prevailing rates for Eurobonds of similar tenor. Thus, the federal government, which is also the borrower, ends up becoming the winner. Meanwhile, the DMO at its primary auction sold bonds worth N30 billion across the 12.50 per cent MAR-2035 and 9.80 per cent JUL-2045 maturities at a marginal rate of 5.0 per cent (prev. 8.5%) and 6.0 per cent (prev. 8.9%) respectively.

Moreover, research analysts at FSDH Research pointed out that the continued decline of monetary policy rate (MPR) in a bid to channel more credit to the private sector as a measure against the recessionary impact of coronavirus pandemic further drove down yields on the FGN Bond. But as at the close of the first week in October 2020, the average yield on FGN Bond pointed at 6.25 per cent. While in the bond market in the third quarter of 2020, the Nigerian federal government borrowed a sum of N408.48 billion; bringing total sum borrowed yearto-date to N1.72 trillion.

In the views of market analysts at FBN Quest Research, “when receipts from non-competitive bids from public agencies are added, it shows that the DMO has raised N1.78 trillion from bond sales in ten months. Its funding target for the year is N1.60 trillion, which is to be raised solely from domestic debt instruments. However, we should allow for repayment on the maturity of about N600 billion in February and note that the approved 2020 budget provides for a N273 billion sinking fund.”

Their position on the crashing bond yields also unveiled that the federal ministry of finance and budget office do not share their interest rate assumptions but, given the direction of rates on NTBs and the FGN bonds, they will surely see decent savings on the N2.68 trillion projection for total debt service in the 2020 budget; though, the outturn in 2019 was put at N2.11 trillion.

Meanwhile, on ten months’ performance, the fixed income market analysts feel that the DMO has positioned itself well to meet its funding target for the year, as it has also raised funds from the sale of other debt instruments such as the Sukuk and green bonds.

But the topical question is how long will this crashing of yields run? Conversely, the pension funds administrators (PFAs) are the main holders of the bonds and were reportedly the main bidders at the market last week. In the past, they had few, if any, of the investment alternatives with comparable returns. This is no longer the case due to this narrowing of rates.