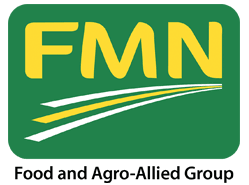 The revenue which was six percent lower than N428 billion when compared with the same period of the previous year was driven by activities of the first six months, the company said in a signed statement by Umolu Joseph, the company secretary and director legal services

Joseph noted that the sales however, remained strong and brand building focus has ensured a further growth in market share and strengthened the group’s market leader position within the flour market.

The reduction in finance cost was attributed to settlement of overdraft facilities and replacement of high interest yielding loans with more favourable loans.

Paul Gbededo the group managing director in his comments on the results said, “The results are largely a reflection of our focus on driving volume growth while improving operational efficiency and ramping up strategic marketing and promotional activities to win over new market segments in our food business.

Despite the devastating effect on the traffic congestion in Apapa on our operations, we are quite positive that we will see improvements across major business segments before the close of the financial year, as we continue to focus on delivering on our promise of quality to our consumers”

Shares of Flour Mills of Nigeria at the close of trading on the Nigerian Stock Exchange declined 2.06 percent on Wednesday after the results were released to settle at N19.00 from N19.40 per share recorded in the previous session.