Capital importation into Nigeria’s agriculture suffered a sharp decline in the first quarter of 2022 as the value of foreign investment in the sector tumbled 99.23 percent from $237.83m recorded in the fourth quarter of 2021 to $1.76 million, according to the latest Nigerian Capital Importation report for Q1 2022 released by the National Bureau of Statistics (NBS). Foreign investment flow into the sector also shrank 64.64 percent year-on-year from $66.40 million recorded in the first quarter of 2021.

The dismal Q1 2022 figure has however ushered a grim reality that despite the vast potential agriculture offers to Africa’s largest economy and its significant contribution of 22.36 percent to the country’s gross domestic product (GDP) in the quarter under review, investment in the sector has neither attained a sustainable growth rate nor lived up to expectations in generating substantial foreign exchange (FX).

This has drawn reactions from analysts and key players in the sector, who have largely attributed the plunge in foreign investment to the high level of insecurity and the consequent unfavourable business environment presented by the most populous black nation. 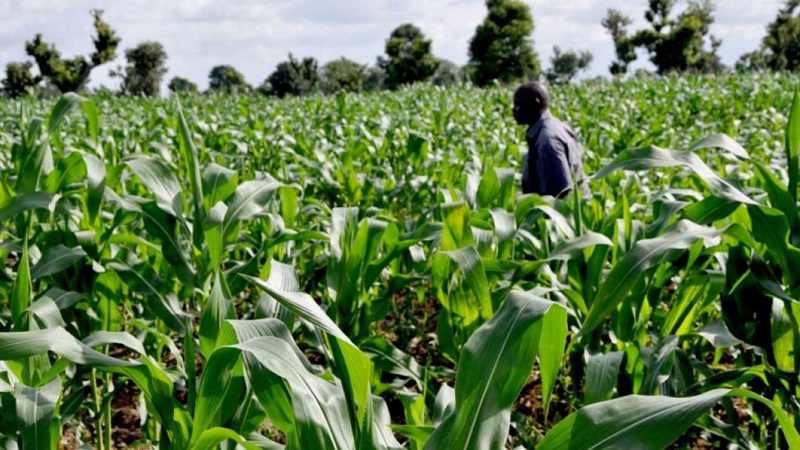 Commenting on the report, Gabriel Idahosa, deputy president, Lagos Chamber of Commerce and Industry (LCCI), admitted that a significant part of the country is being impacted by banditry, terroirism, among other security issues. This, he explained, has threatened food productivity and its resultant value chains in the agricultural sector as foreign investors are increasingly dissuaded from making investments by insecurity.

Tajudeen Ibrahim, director of research & strategy at Chapel Hill Denham, an independent investment management firm, emphasised that security is one of the major drivers of foreign investment.

Ibrahim also pointed out that the government’s failure to effectively address insecurity across the country could lead to more contraction in capital importation. He further said government policies are important and should not just be in place but be steady, predictable and friendly to foreign investment into Nigeria.

“We need to fix any issue that we might have around policy implementation as well as ensuring they are friendly to foreign investors and will steadily attract them over the medium to long term,” he added.

“We should be able to have a better road network, good transportation system and power systems whereby investors can operate at relatively cheap or low cost,” he said.

Commenting on the need for increased foreign investment in Nigeria’s agriculture, David Omololu Duyile, managing director of Riyden Farm in Ita Eko, Ogun State, said the sector is still largely untapped and presents a lot of opportunities for investors to come on board at an early stage and actually build a brand that is not only good for distribution internally but presents a massive market across the global market.

Duyile, who started his agriculture investment in pig farming as a diaspora in the United Kingdom, noted that it is one of the biggest decisions he has ever made as it has provided him with a financial gratification beyond expectation.

He, however, observed that factors such as lack of information about pricing structure, wavering government policies, security instability, deficiency in the country’s legal framework concerning corporate and labour laws, and poor knowledge about the agricultural terrain has limited foreign investors’ appetite in the agriculture sector.

To ensure increased investment in the agriculture sector, Duyile opined that intensified efforts by the government in addressing insecurity and implementing structural policies will make a lot of difference.

Evaluating opportunities for investment in the agriculture sector, Chinonso Okafor, senior research analyst at Nextier Advisory, a leading public sector advisory firm, remarked that research conducted on the agriculture value chain shows an estimated 15-25 percent return on investment which is a remarkable potential.

“Agriculture is beyond farming, cultivation of crops, but a business that covers a wide range of value chains and wealth creation opportunities,” he noted.

Highlighting the significant agricultural sectors worth investing in, he noted that there is a big market in the leather business value chain, adding that its numerous value chains offer diverse business opportunities that Nigerian diasporas can tap into.

To promote capital importation into Nigeria’s agriculture sector, Okafor said there must be an investment vehicle run by fund managers who understand the dynamics of the business such as the interest rates, returns, duration of investment and other managerial factors, so as to boost investors’ confidence.

He also stressed the need for local producers and stakeholders in the agriculture sector to establish partnerships with international organisations, the Central Bank of Nigeria (CBN), as well as other relevant government/private agencies and regulatory councils towards creating technical or financial support that would attract foreign investment in the agriculture sector.

Speaking on Nigeria’s security challenge and impact on agricultural investment, Ibrahim Kabiru, national president, All Farmers Association of Nigeria (AFAN), warned that the country’s agriculture sector will continue to attract lower investments if the country fails to address insecurity.

According to him, the agriculture sector can only attract foreign investments if the investors are convinced that producers carry out their farming activities without the fear of being attacked or having to pay bandits to guarantee their personal safety and that of their commodities.