Foreign investors in Chinese equities aren’t hanging around to see how the latest round of trade talks plays out. 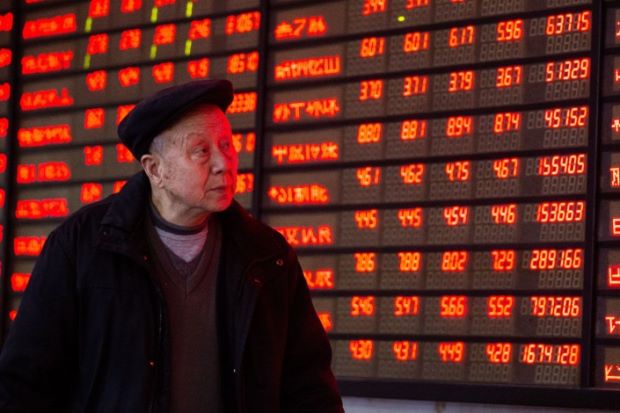 They’ve net sold an average 4.4 billion yuan ($646 million) of mainland shares a day through trading links with Hong Kong this week, according to data compiled by Bloomberg, on track for the heaviest week of selling since the Shenzhen connect opened in late 2016. The pullout extends a trend from April, which saw net sales of 18 billion yuan, a monthly record.

Trade concerns are weighing on markets again, with the U.S. poised to raise tariffs on $200 billion of Chinese goods to 25% from 10% on Friday. President Donald Trump said at a rally in Florida that Chinese leaders “broke the deal” the two sides were negotiating, though he also said “it will all work out.” China, which is sending a delegation to Washington for more talks, warned it would retaliate if the U.S. increased levies.

“Offshore investors chose to lock in profits given the great uncertainty in Sino-U.S. relations,” said Li Bin, a Shanghai-based fund manager at Capital Corise Asset Management Co. “The bigger declines on the SSE 50 index might be a result of consistent foreign outflows.” The SSE 50 has fallen 8.4% this week, while the Shanghai Composite Index is down 7.4%.

Overseas investors are selling erstwhile favorites such as Kweichow Moutai Co. They dumped 4 billion yuan of the liquor maker’s shares in the first three days of the week, Bloomberg calculations show. Moutai slid 9.2% in that time. Among others, Ping An Insurance Group Co. saw 550 million yuan of foreign outflows from Monday through Wednesday as its shares fell 8.5% in Shanghai.