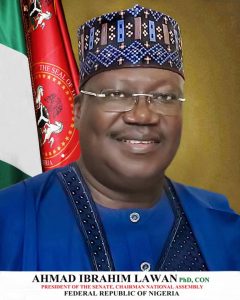 The Senate on Tuesday urged the Federal Government to accelerate its
policies on the diversification of the economy to improve the country’s foreign exchange earnings.

The call was made in resolutions reached by the Senate following consideration of a motion titled “Urgent need to revive the palm oil industry in Nigeria”.

The motion was sponsored by Francis Onyewuchi (PDP Senator, Imo East) and co-sponsored by 15 other senators.

The Senate, which resumed its plenary session on Tuesday, urged the Federal Government to support an improved palm oil production in order to meet the domestic needs of the market, as well as revive the moribund Nigerian Institute for Oil Palm Research (NIFOR) in Benin, Edo State.

The motion to revive NIFOR seeks to improve investment in research and production of quality oil palm seeds.

The upper chamber said that the discovery of crude oil in commercial
quantity has resulted in the gradual neglect of agriculture by
successive governments.

According to Onyewuchi, “Nigeria spends $500 million on oil palm importation annually despite being the largest producer and exporter of the product in the 50’s and 60’s.”

In his contribution to the debate, Yahaya Abdullahi, the senate leader, bemoaned the lack of discipline and implementation in the agricultural sector.

Abdullahi said, “Until this is done, there can be no meaningful development to be achieved economically from the sector.”

In his remarks, Ahmad Lawan, president of the Senate, underscored the
need and importance to finance the growth of the agricultural sector in
Nigeria.

“In 2005, I was Chairman, House Committee on Agriculture. We funded
the Institutes; 22 of them and they did very well. I agree completely that we have not been funding these institutes.

“So, if we need an economy that will work for everyone, then we must invest in the agricultural sector.

“Our committee should engage with the MDAs. So that at the end of the
day, we can contribute meaningfully to take agriculture to the next level, the senate president said.

Meanwhile, two bills passed their first reading in the Senate on Tuesday
following the resumption of plenary session.

The Senate also received the report of the Ad-Hoc Committee on the
investigation of the use of Avastin Injection for eye treatment by the
National Eye Centre, Kaduna.

The report was presented by Mathew Urhoghide (Senator for Edo south).