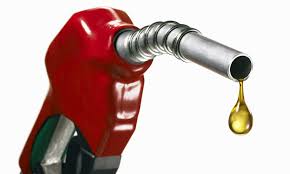 rance is blazing the clean energy trail for other developed economies to follow, as it is setting more ambitious targets to cut fossil-fuels usage by 2030 despite major fuel tax protests.

Francois de Rugy, energy minister in an interview with a French radio station said “a 40 percent reduction in the use of fossil energy by 2030, that is more ambitious than the 2015 law which targeted a cut by 30 percent,”

The energy plan is yet to be presented by Emmanuel Macron, the French President, and the French government is currently facing strong opposition to planned fuel tax hikes that have triggered major street protests across France.

The additional cuts are mainly expected to come from the transport and buildings sector with the minister expecting a “profound change in the automobile industry” and EVs to account for 20 percent of new car sales by 2030.The minister also confirmed a 40 percent target for the share of renewables in the power mix by 2030, up from currently 18 percent and in line with the 2015 energy law set by the previous administration.

France still depends heavily on its fleet of 58 nuclear reactors, operated by EDF Energy, with 2018 nuclear output set to remain below 400  terawatts per hour (TWh) this year for only the fourth time this century, but up from record lows in 2016 and 2017.

However, According to French news agency AFP, Macron will set out  three possible scenarios to phase out nuclear energy. In the first scenario, attributed to the energy and environment ministry, six reactors would be closed by 2028 in addition to the Fessenheim shutdown, it said.

The second scenario, called intermediate, would see no reactor closures before 2028 except Fessenheim as planned but EDF, but 12 between 2028 and 2035. That scenario would allow for the construction of new reactors, but EDF would receive no compensation for reactor closures, the report said.

The third scenario, backed by the ministry of economy, forecasts no reactor closures by 2028, but nine between 2028 and 2035, delaying the 50 percent nuclear target to 2040.

That scenario also planned for the construction of four new nuclear reactors (EPRs) by 2040, the AFP report said.

Foreign investors cash out N75bn from stock market in January 2018