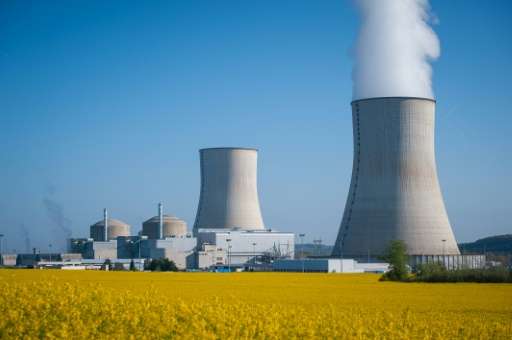 France has revealed its plan to close 14 nuclear reactors by 2035, triple onshore wind capacity and cut fossil fuel use in energy by 40 percent by 2030, President Emmanuel Macron said on Tuesday, as the country embarks on an aggressive energy transformation plan against the background of protests against planned fuel tax increases.

“Fourteen reactors of the 900 megawatts (MW) first generation] will close by 2035 starting in summer 2020 with both reactors at Fessenheim,” the president said.

However, with only four to six reactors set for closure between 2025 and 2030, the bulk will be going offline after 2030 when France’s first generation reactors would have exceeded 50-year operational lives.

France would expand renewables by tripling onshore wind and increasing solar fivefold by 2030, Macron said, and confirmed the target to reduce nuclear’s share in the generation mix to 50 percent would be achieved by 2035, 10 years later than envisaged.

The French president also announced plans for four new offshore wind tenders by 2030 with France’s first offshore wind project at Saint-Nazaire set to come online before the next presidential election in 2022, he said.

In the power sector, the president also confirmed the planned closure of France’s five remaining coal plants before the 2022 election, removing 3 gigawatts (GW) from the system.

A 50 percent share in the mix for nuclear, therefore, would equate to around 240 terawatts (TWh/year) not including exports with France expected to remain Europe’s biggest exporter of electricity especially in the light of the expected gradual coal phase-out in Germany.

US extends travel ban to UK