The nation’s budgetary provisions for debt servicing could rise to N3 trillion if the federal government goes ahead with its $29.96 billion loan request. 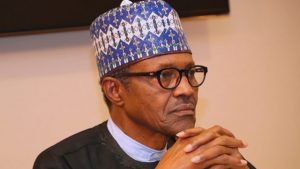 President Muhammadu Buhari had last Thursday re-submitted a request to the Senate seeking approval for a $29.96 billion loan. The Eighth Senate had in November 2018 unanimously thrown out the request, saying the letter conveying it was not accompanied by a borrowing plan.

With the loan, budgetary provisions for debt servicing would mount from a yearly average of N290 billion to N870 billion. Besides raising the country’s total obligations above $113 billion (about N34 trillion), the yearly debt service provision in the budget would near N3.2 trillion, with worsening budget deficit, unless the revenue base increases significantly.

Currently, the federal government estimated N2.45 trillion for debt servicing in the soon-to-be approved 2020 budget. This would cater to interest payments of $83.88 billion worth of obligations. The planned loan is equal to 35 per cent of this total.

Also, 35 per cent ($30 billion) of the country’s total debt, on average, accounts for more than N800 billion of the N2.45 trillion in the 2020 budget. This proves that the new debt will pressure the weak revenue once it is sealed.

Particularly, the Lagos Chamber of Commerce and Industry (LCCI) and Manufacturers Association of Nigeria (MAN) have expressed concerns about the Federal Government’s ability to service its debts, describing the new request as troubling.

They lamented that the debt profile grew from N12.6 trillion in 2015 to N25.7 trillion in the second quarter of 2019, an increase of 104 per cent. They also noted that in the 2020 budget, debt service commitment and recurrent spending are beginning to crowd out capital expenditure. This trajectory, according to them, is not consistent with the country’s national aspiration to build infrastructures and a competitive economy.

“Care should be taken to avoid a full-blown debt crisis. For instance, the debt service provision in the 2019 budget was a whopping N2 trillion, whereas the total capital budget was N2.9 trillion. This implies that the debt service commitment was 70 per cent of capital budget allocation. Debt-to-revenue ratio was about 30 per cent, which is also on the high side,” said Muda Yusuf,  LCCI’s director-general.

Seun Ajayi-Kadiri, MAN’s director general advised: “There is a need to clarify the new loan request in relation to the 2020 budget and the 2020-2022 medium-term expenditure framework. Borrowing should strictly be in line with Section 41 of the Fiscal Responsibility Act which stipulates that government at all tiers shall only borrow for capital expenditure and human development, provided that such borrowing shall be on concessional terms with a low-interest rate and with a reasonable long amortization period.”