“SOAR – Step Out in Action Recalibrating”

It’s a great day! Get really excited about this (G.R.E.A.T) gift of a brand-new year.
Researchers have a term called “fresh start effect” that says people are better at tackling their goals when they start on so-called temporal landmarks (i.e., start of a new year, beginning or end of the week, first of the month). However, fresh starts are often accompanied by some instances of failure or sub-par past performance.
An example is, two proposals I had worked on in December and anticipated positive outcomes in the new year received rejections in the very first week of the new year, 2022. 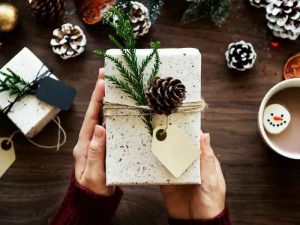 As a typical psychological resetting, it’s a strategy that can be helpful in bouncing back from a previous failure. Every baby that takes their first step doesn’t begin to walk immediately. If you’ve ever vowed to change or challenge yourself at the start of a brand-new year, month, or a major birthday, you’re not alone as it often feels like a big event.
There’s so much planning and strategizing as we consider goals we want to achieve, or habits we want to break. Beginning with this interesting exercise could be helpful. Look back on the past year when we had no clue exactly what was going to emerge or happen.
Each year the life every one of us is living sways us in directions we least expect or imagined.
Delete the history: You undoubtedly had your share of falling as a child, and I doubt you remember details. Same way you do not need details of ‘old failures’ simply because they have little use. Evidence should be discarded only after analyzing general direction in which stuff your past performance presented, then click out, hit ‘delete’.
Tunnel the vision: One’s past performance could catalyze future performance. Exactly as your accomplishments of the past can motivate future endeavours, past failures can blunt self-efficacy, motivation, and performance. To avoid this from happening, make sure your progress report is visually narrow by only allowing yourself to view the current week’s progress.
Capitalize on beginnings: Research has shown us it’s best to approach “fresh starts” when our performance isn’t up to par. An easy way to do this is by using the closest temporal landmark to start anew. However, you don’t need to wait for the beginning of a new month, or a new year, to invoke the feeling of a fresh start. Research tells us that we are 62.9 percent more likely to commit to a goal when we begin at the start of the week.
A research colleague was on a holiday to France on a carefully planned trip to ensure most of the time there was enjoyable. She booked the hotel, transportation and restaurants, gallery days and excursions also. One evening, the restaurant she taxied to was closed and there was nothing in sight, she was starving and rather than head all the way back to the hotel and flip through the guide to France book with her stomach grumbling, her gut got her wandering around to see what would emerge on her path hoping for the best after a closed door.
Eventually, she came upon a winding little path that led to a hidden venue with the liveliest music, the friendliest people and most incredible food France had to offer on her trip. The locals she met then took her to another spot, she had the most magical unexpected evening.
She had planned out the trip in such detail, almost like a movie that played out in advance in her mind; but halfway through, the plot changed, and because she opened herself for a “fresh start effect” the journey got more interesting.
I have realized, as a coaching psychologist and researcher, just like my colleague’s story, what’s true of her trip to France is true of life. What plot twist awaits you this year, an unforeseen opportunity, or an idea that might arrive and change everything?
So, while it’s perfectly fine to have plans and goals, we always want to come back to a mind of openness. So, “let go of the life you’ve planned so as to have the life that is waiting for you,” asserts Joseph Campbell.
Letting go of our firmly held plans shines the light to the unknown, which can be a source of fear. But, if we can connect with a sense of openness, the unknown can be an exciting and inspiring new world.
Here’s my reflective question: How have you seen the ‘fresh start’ effect at work in your life and what’s stopping you from embracing the gift the new year holds?
Sincerely wish you a magical year, to your rise and flourishing.