TO KILAJOLU is the name tag boldly written on her uniform. She was standing in front of the Rainoil filling station at Cele Bus Stop, just by the bridgehead of an overpass connecting Ijeshatedo and Itire, off the Apapa-Oshodi expressway at Cele-Okota, Lagos State. It was about 7 am in the morning on Friday, May 13, 2022, when Femi, a school bus driver on his early morning routine school run was stopped by some officials of the Federal Road Safety Commission (FRSC), first on the complaint of not using a seat belt. The driver, who has many years of corporate experience in driving, was going to Ago Palace Way when he was intercepted. When stopped, he complied. I was nearby and so as soon as I was called to help plead for compassion, I hastened to the place. On getting to the scene, I approached the leader of the patrol team, Kilajolu, and pleaded for pardon. I was emphatic in that the driver was wrong and that she should temper judgement with mercy, forgive him and allow the driver to go and pick the school children as the parents were waiting, agitated. 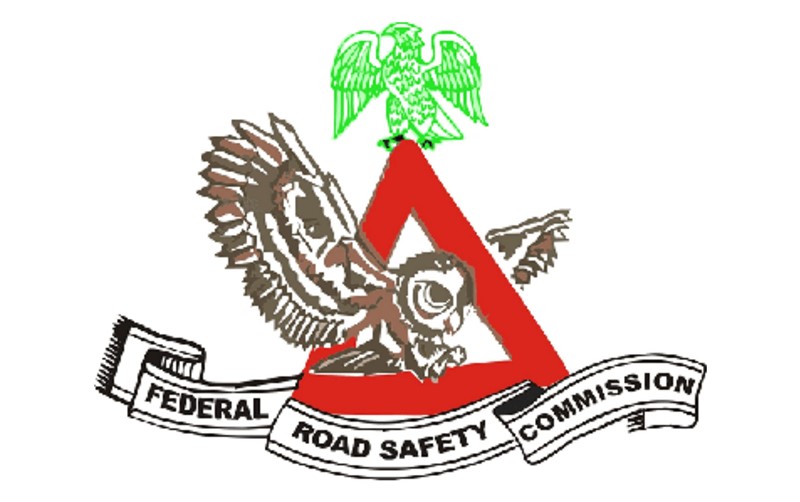 The incivility, crudeness and rudeness displayed by Kilajolu was unbearable, but that’s the lot of ordinary Nigerians in the hands of the unprofessional in uniform. She was busy operating on one of the two Android phones in her hands and pretended not to recognise that someone was pleading with her. As she moved away from where she stood, I followed her. Instead of making a friendly comment, she escalated the situation. The next thing I heard was: “Stop following me.” I intensified my plea, explaining that parents of the school children were waiting to board their children for school. At some point, she retorted with some tone of insolence, “Stop following me if you don’t want me to embarrass you,” suggesting that her uniform gave her some rights to embarrass a pleading innocent citizen like herself. But she did not say in what form she gave ordinary Nigerians her own type of embarrassment. I persisted in following and pleading, “Please, grant him (the driver) prerogative.” She became more forceful and hostile, repeating the same statement that she would embarrass me if I did not stop following her. She finally said the vehicle was going to be taken to their office.

At this point, I stopped pleading and told the driver to let us go to their office. I told her she was rude and was not civil in her approach. I advised her to mind how she acted towards people and should mind how she addressed people too, that traffic offences are bad, but could still be weighed on the balance and a decision can be made on the basis of the perceived gravity. She got infuriated and began to utter some annoying expressions. I made attempts to take her picture with my phone and, upon knowing this, she began to issue threats and was supported by her four other colleagues, all men, who wanted to force the phone from my hands. One of them said I must delete any picture of hers I may have taken. Sensing that I was overwhelmed, I entered the bus and sat down, insisting none could take my phone from me. I asked that the driver’s driving licence, which had been impounded before I got to the scene, be given back to him since we were going to their station. One of the school children was already on the bus. While we waited for the remaining children to come and join the bus, Kilajolu threatened to bring a towing vehicle to tow the vehicle away if we did not proceed to their station immediately. I questioned her aggressiveness and said the children coming to meet the bus would have to meet the driver in that location for safety reasons. She insisted the bus be towed if the driver didn’t move.

I insisted that the driver proceed to their station. She issued a ticket to the driver and wrote the initial offence of not using a seat belt. Questions were asked by her male colleagues about other things, including C-Caution, fire extinguisher, and so on, which were produced. Once they asked if the bus had a speed limiter installed and were told no, and that the vehicle hardly goes beyond 80 on the speedometer scale as it does only intra-city runs, she saw an opportunity. So, I asked what the maximum speed limit allowed was. We were ready to pay for installation of the speed limit device. While still at Rainoil filling station, these same set of people stopped some people with one offence or another. But after some clandestine exchanges, their sins were forgiven and they were allowed to go. Some other vehicles with the drivers not using seat belts were passing and they did not stop them.

We followed them to their station. First treatment was from one junior FRSC official in uniform who identified herself as the security guard. She demanded for the car key or else, “I will deflate your tyres,” she said. I was baffled that this lack of civility runs across the ranks in FRSC. Even while I was talking to one of the officers, she came threatening, forcefully demanding for the key. I told them not to worry, it would be done.

But, here is the point. Kilajolu went beyond her briefs by her utterances. And then this security guard. Only one Obada that followed the bus from Rainoil filling station to their office was civil and friendly enough. Another one later became friendly after his initial hostility. Kilajolu was not just uncivilised, she was unfriendly. Here’s a public official that added high-handedness to her official conduct. Even when her station CO, Mrs. Ofure Iheanacho, tried to wade in, asking that Kilajolu apologises, she was adamant. She still stood her ground. Iheanacho, however, took offence at the fact that she was told that I tried to capture the face of Kilajolu with my phone, saying that it is an offence and that she could call the police on me for doing so. She argued that it was a violation of their human rights while on their duty to take pictures or video recordings of them without their knowledge or approval. I tried to tell her it was not so. She nearly got me to open a can of worms when she was trying to defend her field officers on misconducts involving underhand dealings on the road. I had to restrain myself on that. I told her of a case in which the police unlawfully arrested the same driver sometimes ago, but when the senior policeman realised that pictures and video recordings of the unlawful encounter were already taken, he had to beg for them to be deleted and thereafter discharged the driver and let go of the vehicle, after calling for towing vehicle and mangling the number plates for no just reason. But the same police would have arrested the driver on false accusations if not for the fear of the likely consequences with evidence. Technology has made it such that citizens have to procure their own evidence to prevent false accusations by law enforcement.

After waiting from around 6:30 am till about 1:00 pm by four adults who could not pursue anything else other than to get the vehicle out, the FRSC’s accredited installer of the speed limit device came, named the price of the device and his workmanship fee. We agreed to pay and asked for his bank account number and name. He gave it to us. He was told to fix the device and thereafter have his account credited. But after installing the device, the engine refused to start. The installer came to say that what went wrong could be fixed by a motor mechanic. He came with an outrageous bill. Here was a person vouched for by the FRSC officials.

Our safety in the hands of these types of officials is questionable. We began to wonder: if the engine that was hitherto working perfectly could malfunction at the point of installing an extraneous device on the bus, how sure are we that this device will not be interfering with the smooth functioning of the engine? It became clear the competence of the installer was questionable. How?

Where is the standard operating procedure of the FRSC on matters upon which a vehicle was impounded, withheld and prevented from doing the normal business activities it was meant to do for a whole day? The school children picked up from Ago Palace Way all had to stay with the bus driver for the whole day since their parents had gone to work on the assumption that the children would only be back home at close of the school hours. To hire another bus to take them to school would have added enormously to the cost of operations for this single day, after the FRSC fine was paid upon generating the prescribed fine. Then came one idler within the FRSC premises, with a paper, asking for a parking fee. That means the impounded car had to pay demurrage. And who takes that parking fee remains a mystery to us.

The excesses of these Road Safety Commission officers need to be brought under check. Before deployment on the road, they need to be well trained on proper conduct and the right approach to people in the course of their duty. They go beyond their briefs and they need to be trained on best practices. These same FRSC officials saw commercial drivers in the breach, but they allowed many of them to pass without arresting them after settlements. What makes them exempt? They see articulated vehicles in bad shapes on the roads, but fail to keep them off the road for similar reasons. The FRSC needs an overhaul in terms of competence. The intelligence quotient and temperament of FRSC officials to be deployed on the roads need to be assessed. The way things are now, many of them are UNFIT for the job and need to be retrained while some clearly do not belong to the service. If the agency still has a name to project or protect, it is important to periodically do in-house checks to ease out rotten eggs in their midst.