There is no doubt that Nigerians are going through hard times because they currently lack some of the basic things that could make life better for them. 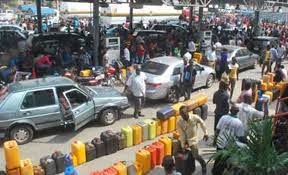