By Francis Kokutse, in Libreville, Gabon
Gabon’s conservation is paying off, as the country is set to make $2 billion from 190 million of carbon credits the country has earned over the past nine years, Lee White, a professor and the country’s minister of water, forest, the sea and environment, has said. 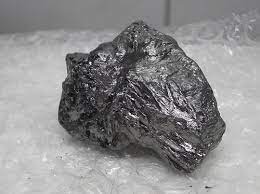 The Corporate Finance Institute, a financial training centre in Canada has defined carbon credit as a tradable permit or certificate that provides the holder of the credit the right to emit one tonne of carbon dioxide or an equivalent of another greenhouse gas – it’s essentially an offset for producers of such gases. The main goal for the creation of carbon credits is the reduction of emissions of carbon dioxide and other greenhouse gases from industrial activities to reduce the effects of global warming.

As one of the countries in the Congo Basin, Gabon is considered the world’s second-largest rainforest after the Amazon. It is also home to as many as 30,000 critically endangered gorillas and chimpanzees. There are about 10,000 plant species recorded in Gabon. This is more than the total diversity of all countries in West Africa, with 15 percent unique to Gabon.
White said the money to be generated out of the carbon credits will be used to mitigate poverty among the rural poor and part used to support the country’s budget.
He said following the country’s efforts to protect its forests, the elephant population has increased to about 95,000, and this has also brought about some consequences for the farming communities, as a result  the government is spending $10 million to provide  electric fences to stop the animals from destroying farms.
White who was speaking before the Africa Climate Week opened earlier last week, said Gabon has created a network of 13 national parks to protect the country’s biodiversity. It has also declared 22 percent of the country’s land as a protected area and another 60 percent being managed in sustainable forestry concessions harvested selectively, extracting 1-2 trees every 25 years.
He said efforts by the government to conserve its forests is not only important for the preservation of the Congo basin forest of which Gabon is part but has turned the country into a key ecological player in the fight against global climate change.
White said the lack of African academics to research into climate change is really a challenge for the continent because it takes over ten years to train in the area, adding that the situation is “serious” because  Africa need to do a lot of research into climate change in order to find solutions to the problems that have come with it.
Tanguy Gahouma, the permanent secretary of the Gabonese National Climate Council, told participants who attended the ACW that,  “climate change remains our greatest collective challenge. For Gabon, the African Climate Week is an opportunity to advance the implementation of the Glasgow Climate Pact (COP 26) in order to position Africa as a leader in global climate action ahead of several other countries in the world.”
The opening session of the ACW featured a ministerial dialogue on the challenges of mobilising and accessing climate finance at scale to spur the implementation of countries’ Nationally Determined Contributions (NDCs) and priority national climate plans and strategies.
National Determined Contributions were agreed under the Paris Agreement under which each country is to outline and communicate their post-2020 climate actions, known as their NDCs. Together, these climate actions determine whether the world achieves the long-term goals of the Paris Agreement and to reach global peaking of greenhouse gas (GHG) emissions as soon as possible and to undertake rapid reductions thereafter in accordance with best available science.
The African Development Bank (AfDB) says Africa will need as much as $1.6 trillion between 2020-2030 to implement its climate action commitments and NDCs.
Businessamlive Website Stats