Upon returning to the Nigeria’s stock trading floor on Monday to commence another week, investors recouped a sum of N38 billion on the shares of BUA Cement, Guaranty, Flourmills and 16 other gainers of the day. 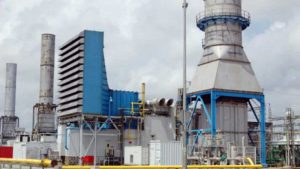 This kept the market on the positive lane with which it closed activities last week Wednesday as the market observed holiday on Thursday and Friday.

At the close of the market on Monday, the All-Share Index (ASI) added 72.39 points equivalent to 0.29 per cent to assume a higher stance at 24,766.12 basis points while the valuation of the market followed suit to close higher at N12.920 trillion.

Particularly, the bull charge was led by BUACEMENT, gaining 2 per cent, GUARANTY which appreciated by 1.6 per cent and FLOURMILLS that experienced 10 per cent rise in price following positive sentiment by investors on the stocks.

Market turnover also threaded the positive lane as the total volume of trades increased by 83.6 per cent to 186.48 million units, valued at NGN1.31 billion and exchanged hands in 4,718 deals.

Market breadth closed the session in no different outlook as 19 gaining stocks emerged against 15 decliners while seven other tickers closed on unchanged prices.

Trading statistics of the day released by the Nigerian Stock Exchange (NSE) also showed that in term of turnover by traded value, GUARANTY led by trading 18.173 million shares worth N411.609 million in 455 trades.

While ZenithBank followed with 8.203 million shares worth N134.411 million traded in 372 deals, CUSTODIAN occupied the third position with a record of 19.138 million share units valued at N97.725 million that exchanged hands in 22 transactions.

In terms of traded volume, the stock of Transcorp was the most active during the session as investors bought 23.385 million shares worth N14.348 million in 105 deals while CUSTODIAN and GUARANTY followed accordingly.

‘Off-grid renewable energy not so much to displace oil and gas, but cabling of power’