Leading indigenous oil and gas company, Seplat Petroleum Development Company Plc has assured stakeholders of the company’s determination to use their gas production divestment to remain profitable despite the volatile oil prices 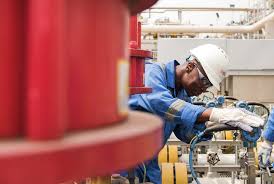 Orjiako said, “We know that oil is a commodity that has a very volatile price, so, one of the things we have done is the development and commercialisation of gas to assure us of profitability at the end of the year. In 2018, gas revenue was $156 million, accounting for 21 percent of the total revenue, but we only see the percentage contribution increasing. We have decided to move ahead of time and we have a huge gas processing plant to support the gas-to-power initiative of the federal government.”

“As you are aware, our results from the previous two years were characterised by  the extended period of force majeure at the Forcados terminal from February 2016 to June 2017. As we enter 2019, our reliable production base, low unit cost of production and discretion over capital commitments will allow the business to remain highly free cash flow generative and profitable. In the absence of any major interruption or force majeure event, this will enable Seplat to honour its dividend policy and provide an attractive yield to our shareholders in addition to the potential for capital appreciation,” he added.

The Seplat chairman, also stated that the company’s gas is majorly for domestic sales and not to be exported, but was quick to add that if the occasion arises, the West African gas pipelines are available for exporting to West African countries.

Speaking on the performance of the gas segment of Seplat Petroleum, Austin Avuru, CEO, Seplat Petroleum said the divestment was a conscious decision by the company to help hedge the effect of the volatile oil prices.

“As Seplat continues to enhance production and revenue diversification with new wells scheduled at OML 53 in the East, the board took the Final Investment Decision to invest in the large scale ANOH gas and condensate development which will form the next phase of transformational growth for our gas business. Disciplined capital allocation continues to remain at the core of our activities evidenced by our continual deleveraging of our debt levels to the current balance of $350m,” he added.

Avuru noted that Seplat’s board has recommended a final dividend of $0.05 per share to all its shareholders. “In 2018, Seplat reinstated the dividend, increased capital investments and with the resources and headroom in our capital structure, we are equipped to capitalise on organic and inorganic growth opportunities as they may arise,” Avuru said.

He also announced that Seplat board has taken the Final Investment Decision for the ANOH and Amukpe to Escravos alternate export pipeline which will be completed and fully commissioned in Q2 2019. These projects are part of the future expansion initiatives of Seplat in Nigeria’s oil and gas industry.

Seplat also announced N228 billion revenue in its full-year 2018 financial result ended 31 December 2018. The figure represents an increase of 65 percent from the N137 billion the company made in the 2017. Seplat, listed on both the Nigerian Stock Exchange and London Stock Exchange, also recorded N73 billion profit before differed tax, indicating a 480 percent increase from N13 billion which the company made over the same period in 2017.

A review of Seplat 2018 results indicates positive performance across all financial indices, confirming the Company’s position as one of the well managed indigenous oil firms in Nigeria. The gross profit for the period grew by 84 percent to N120 billion from N65 billion reported in December 2017.