GCR Ratings, a leading emerging market-focused rating agency, has attached its stable outlook for Providus Bank, a Nigerian licensed commercial bank, with the expectation that the bank’s regulatory capital adequacy ratio will be boosted once its retained earning is capitalised, and the ongoing capital raise is successfully concluded. 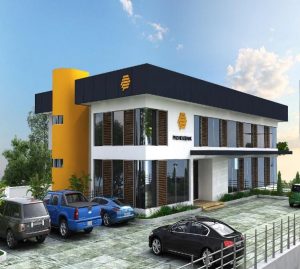 GCR, in a recent report, affirmed the national scale long and short term issuer ratings of the bank at BB (NG) and B (NG) apiece; with a stable outlook. The comments are coming as the bank gets involved in the process of raising capital to the tune of N6.5 billion.
The rating agency said it expects an improvement in the lender’s capital adequacy ratio by the close of 2021, noting that the ratings accorded to Providus Bank reflects its limited competitive position, relatively stable funding structure, intermediate capitalisation, adequate liquidity, and moderate risk position and also added that an upward rating could get triggered if the bank can maintain sound and improved level of its regulatory capital adequacy ratio, moderation in credit losses and its liquidity level.
“We may lower the ratings if asset quality materially deteriorates and/or if the regulatory capital adequacy ratio remains at its current level. Providus Bank, having maintained a limited track record in the local banking space controls a moderate market share of 0.8 percent and 0.9 percent in terms of the industry total assets and deposits respectively in FY20,” the report revealed.

Elsewhere in the report, GCR stated that given the small customer base, Providus faces high concentration risk, with the twenty largest obligors and depositors constituting 46.1 percent and 51.9 percent of gross loans and deposits, respectively, in 2020. It also noted that the lender’s competitive position is constrained by its evolving brand franchise, short track record, and limited local geographical diversification as a regional licenced bank.
The report stated that the bank’s capitalisation is viewed at an intermediate level, with the GCR core capital ratio closing the financial year 2020 at 18.1 percent from 20.5 percent 2019, while also stating that the bank’s risk position is viewed to be contained, evidenced by the gross non-performing loans ending strongly below the Central Bank of Nigeria tolerable maximum limit of 5 percent and the industry average of about 6 percent at 2.6 percent in 2020 from 4.4 percent in 2019.
GCR Rating wrote: “Though the bank operates with a regional licence and has only 10 branches, management confirmed to be serving customers across the country through aggregators, who are into agency banking, fintech, among others. Looking ahead, the bank is currently in the process of a capital raise of about N6.5 billion and, accordingly, we expect to see a significant improvement in the CAR at end-December 2021 notwithstanding the bank’s aggressive loan growth pace. We believe that the strength of the bank’s risk management is yet to be fully tested given its relatively short track record”.
It, however, stated that credit losses of 3.2 percent booked at the financial year 2020 is considered somewhat elevated, albeit in line with the industry average of 3 percent. In addition, GCR considered the bank foreign currency risk as minimal, with foreign currency loans constituting only about 6 percent of the exposures at FY20. It further stated that the lender’s funding and liquidity position is assessed at an intermediate level, noting that Providus Bank is largely funded through customer deposits, which has constituted around 70 percent of the funding base over the review period.
The deposit book, which grew by almost 200 percent in FY20, reflected the bank’s focus on low-cost deposits, as the average cost of funds for the year was below 3 percent. It also added that the bank has a good liquidity record, evidenced by the highly liquid nature of the balance sheet over the review period.
“Concentration by the obligor is considered moderately high, having the single and twenty largest exposures accounting for 3.4 percent and 46.1 percent, respectively, of the loan book at FY20. We expect a more diversified loan book over the short to medium term, as the bank continues to strategically expand its lending activities. In addition, the matching of assets and liabilities maturities at FY20 reflected cumulative liquidity buffers across the various maturity bands,” GCR Ratings explained.
Businessamlive Website Stats