Nigerian Exchange’s debutant Geregu Power Plc has attained for 2021 a net profit level 45.5 percent above the figure it announced a year earlier, according to the audited earnings report of the Ajaokuta-based gas power generator issued on Monday. 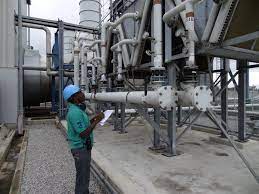 Remarkable increase in the volume of energy sold and capacity charge were the drivers of growth, shooting revenue by almost a third to N71 billion.

Geregu Power, controlled by the business tycoon Femi Otedola, gained entry into the main board of the NGX, the second most prestigious listing segment of the equity marketplace, last week after quoting 2.5 billion shares at an initial market value of N250 billion. It is the first power company to be separately listed on the exchange.

Acquired in 2013, with generating plants in Ajaokuta, Geregu is one of Nigeria’s leading GenCos that uses gas turbines as a clean energy source to generate power.

Other income climbed 140.4 percent higher, predominantly spurred by the foreign exchange gain realized from trade conducted in currencies other than the naira in the course of the year.

The company steeply adjusted its directors’ compensation package upward to N1.1 billion by about a half of the figure recorded a year before, a major pressure point for administrative expenses, which jumped 23.6 percent to N5.5 billion.

Also, the net finance income was -N11 million compared to N1.5 billion in 2020 as the company’s spending on servicing debt soared from N26.9 million to N959.1 million and the interest earned from bank deposits fell way behind the value reported one year earlier.

However, the power company had assets totalling N114.8 billion in value as at the end of the review period.

Profit before tax rose to N29.5 billion, more than two-fifths higher, while bottom line accelerated to N20.6 billion by 45.5 percent, which left the profit margin – how much of revenue that has turned into profit – at 29 percent.

Geregu Power has earnings per share of N2,055, while its PE ratio is currently as low 0.06x, making it the most undervalued stock on the 157-company bourse. Hence, that will likely spur increased interest in the stock in the short term and strengthen the sentiment driving up its share price, which gained 20.9 percent in its first three days of trade.

Geregu Power Plc is pioneering progress and possibility by providing the right infrastructure and expertise to build a robust sustainable power generation structure across Nigeria.