Facebook has claimed that a new German law that threatens to impose heavy fines on social media companies if they fail to delete hate speech and fake news, could lead to tech firms deleting legal content to avoid paying the punishing sanctions.

The legislation, known as the Network Enforcement Act, was proposed by the German government in March and approved by the cabinet a month later, although it is yet to come into effect.

Facebook reportedly issued a statement over the weekend explaining why the law “is not suitable to combat hate speech and false news”.

According to Business Insider, the company said in the statement that “the draft law provides an incentive to delete content that is not clearly illegal when social networks face such a disproportionate threat of fines.” 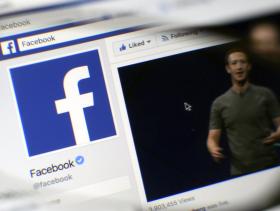 Facebook added: “It would have the effect of transferring responsibility for complex legal decisions from public authorities to private companies. And several legal experts have assessed the draft law as being against the German constitution and non-compliant with EU law. Facebook is committed to working in partnership with governments and civil society on solutions that will make this draft law unnecessary.”

Failure to comply with the law could result in a fine of up to €5m (£4m) on the individual deemed responsible for the company in Germany and €50m (£43m) against the organisations as a whole, according to Reuters.

“This (draft law) sets out binding standards for the way operators of social networks deal with complaints and obliges them to delete criminal content,” Justice Minister Heiko Maas said in a statement announcing the plans on 14 March, according to the agency.

“There should be just as little tolerance for criminal rabble rousing on social networks as on the street.”

Germany already has strict hate speech laws in place, that are reinforced by prison sentences for Holocaust denial or inciting hatred against minorities. The country is now seeking to update its laws for social media.

In 2015, Germany encouraged Facebook, Twitter and Google’s YouTube to accept a code of conduct, which included a promise to delete hate speech from their websites within 24 hours. The proposed legislation would turn the code of conduct into a legal obligation.

According to a German survey released by the country’s justice ministry on the same day as the policy was announced, YouTube removed around 90 per cent of illegal postings within a week, whereas Facebook did so 39 per cent of the time and Twitter only 1 per cent.