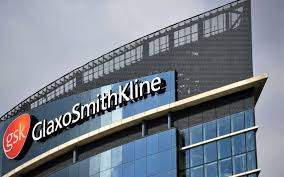 A global medical superpower that would see combined sales of almost $10 billion will emerge from the planned merger between GlaxoSmithKline (GSK), the British pharmaceutical giant and its United States rival, Pfizer, analysts have pointed out as the story broke Wednesday.

Both GSK and Pfizer are two of the world’s biggest pharmaceutical companies and it has now emerged that the former plans to combine its consumer-health business with Pfizer on a split put at 68 percent to 32 percent equity holdings respectively. Early reports showed investors responded positively with GSK’s shares rising as much as 7.4 percent in London following the announcement.

The companies say they will have a joint market share far exceeding that of rivals such as Johnson & Johnson, Sanofi, and Bayer.

Integrating the two businesses should bring annual savings of £500 million ($633 million) by 2022, with total costs of £1.2 billion, and is expected to be completed by the second half of next year, the companies said.

It marks a continuation of GSK’s dealmaking after it bought the Swiss drugmaker Novartis out of its minority stake in its combined consumer-health business, while earlier this month the company bought the US oncology-focussed firm Tesaro for $5.1 billion.

“In the short-term, teaming up with Pfizer means GSK will become over the counter market leader in pretty much all major geographies around the world, and the partnership should bring significant cost savings too,” said George Salmon, an equity analyst at Hargreaves Lansdown.

“Still though, all deals can be made to look good on paper — the challenge will be delivering smooth execution of those planned savings.”

GSK intends to separate its consumer business from its UK stock-exchange listing within three years of the deal, splitting the company into two separate businesses.

“Ultimately, our goal is to create two exceptional, UK-based global companies, with appropriate capital structures, that are each well positioned to deliver improving returns to shareholders and significant benefits to patients and consumers,” said GSK’s chief executive, Emma Walmsley.

The deal follows on the heels of a news wire report that General Electric’s healthcare business had confidentially filed for an IPO.