Russia and Ukraine, asides being the largest European countries by size, play an integral part in the global economy as both are major exporters of essential commodities, ranging from crude oil, natural gas, to base metals such as aluminium, nickels, etc. They are also big players in the global agricultural market space, exporting significant amounts of wheat, fertilisers, corn, edible oils, among others.

Unarguably, the geopolitical tension between both countries has resulted in supply disruptions of various commodities, triggered inflation on a global scale, and resulted in multi-year high valuations of goods in the global market, at a period the global community was beginning to recover from the economic effects of the COVID-19 pandemic.

Analysts say that it is difficult to evaluate the economic and financial impact of the conflict as it is unknown how long it will last; when the current sanctions on Russia imposed by Western opposition will be lifted; and whether other sanctions will be imposed.

The International Cocoa Organisation (ICCO) in its latest global cocoa market report, said the worrisome conflict and the economic spillover effects will have an impact on the world cocoa market, especially as major cocoa processors and chocolate brands have operations in these countries. 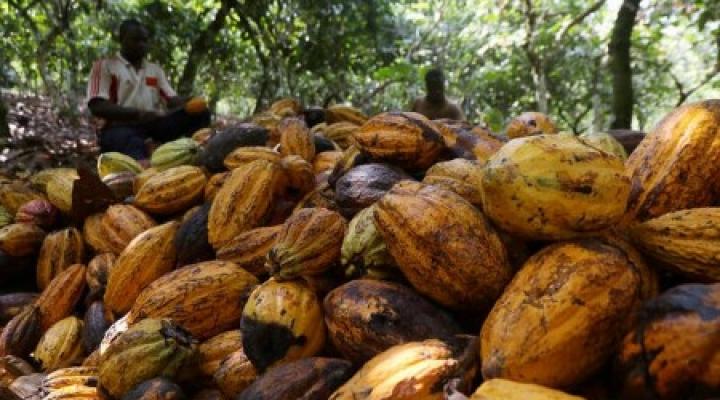 Though the inter-governmental organisation noted that it is difficult to envisage the impact on the operation of facilities, potential damage and safety of personnel of these companies, it projected that the importation of cocoa beans and cocoa semi-finished products to Ukraine and to the Russia, which stood at 40,000 tonnes and 165,000 tonnes respectively in the 2020/21season, will decline in the rest of 2021/22 season.

The ICCO explained that in Ukraine, the conflict is affecting the safety of economic activities, disrupting power supply, leading to various logistical problems and challenges in the manufacturing process of the soft commodity.

In Russia, the ICCO remarked that the depreciation of the rouble on the one hand, and the sanctions applied to some part of the Russian banking system on the other hand, could reduce the demand for cocoa, as the payment of import contracts would be difficult; and create big uncertainties for cocoa processors and chocolate manufacturing companies.

How crisis will affect cocoa production and pricing

According to the ICCO, fertiliser plays a significant role in cocoa production as it is considered an essential input for cultivation. In addition, it observed that most cocoa trees in producing countries are old and the soil nutrients for many cocoa farms are depleted, making the dependency on fertiliser for crop development a key requirement.

Fertiliser trade statistics published by IHS Markit, also showed that several cocoa producers, including Côte d’Ivoire and Ghana which, together, represent more than 60 percent of the global cocoa production, import a large share of nitrogenous and potassium fertilisers from Russia and Belarus.

Market analysts noted that fertiliser prices have soared in recent years and are likely to further increase due to the ongoing conflict. The trade disruption in Russia, they added, has affected global fertiliser availability and consequently, global agriculture, including cocoa production, being that the transcontinental country is a major global supplier of fertilisers and a primary producer of the main fertiliser nutrients – nitrogen, phosphate and potassium.

The continued imposition of sanctions such as banking restrictions on Russia by the Western faction, has been projected by commodity analysts to affect the fertiliser trade, while the situation is expected to be worsened by the fact that many countries are prohibiting ships from Russia to enter or pass through their territories, with freight charges also rising.

The international cocoa organisation asserts that should the situation persist, cocoa smallholders, especially in West Africa, who are already struggling with high prices of fertilisers will find it challenging to afford them.

In addition, the shortage of fertilisers on cocoa farms will no doubt affect the quantity, quality and size of cocoa beans, resulting in a high possibility that the cost of cocoa production for the next cocoa season will increase and consequently affect prices.

The positive result was underpinned by dry weather reports in the main cocoa producing regions of West Africa.

Despite the upward trend observed in prices during the first ten days of February 2022, prices halted their bullish motion from February 11 onwards in the month under review as the MAR-22 contract traded lower on both the London and New York markets. As a result, prices of the first position contract plunged 10 percent on both markets, tumbling from $2,446 to $2,203 per tonne in London, and from $2,768 to $2,503 per tonne in New York.

In London, prices of the front-month cocoa futures contract averaged $2,345 per tonne, down by five percent, compared to the average price of the nearby contract ($2,467 per tonne) posted at the same period of the preceding crop year, which ranged between $2,203 and $2,461 per tonne.