A new IMF report shows that inflation was higher than was actually estimated during the first three months of the lockdown that was occasioned by the Covid-19 crisis which led to most employees working from home, and the need for social distancing that caused people to spend large chunks of their household budget plans on items such as food and housing, while less number of individuals purchased nonessentials. 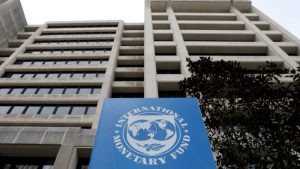 The recently published staff paper by the multilateral lender surveys the impact of the pandemic on inflation measurement. The report used spending estimates derived from credit and debit card data to adjust the CPI (consumer price index) weights and seeks to match consumer spending patterns during the pandemic. The study finds that inflation during the first three months (February –May) of the pandemic was actually higher than we thought nearly in all regions.

According to the paper, “Lockdowns, working from home, and social distancing caused people to spend larger shares of their household budgets on food and housing, while fewer people bought nonessentials, like airline tickets and clothing. And with incomes down as millions have lost their jobs, spending on nonessential items will likely remain depressed.

“The consumer price index (CPI) does not reflect these abrupt changes in spending patterns because the CPI weights are not continuously updated. For example, the CPI could be pulled down by a decline in the prices of nonessentials that are no longer purchased,” the report noted.

On the reversed case, the main negative contributors to the global gap are housing, which supported with 0.03 percentage points, and clothing, with 0.08 percentage points. Although housing has a higher weight in the COVID-19 index than in the CPI, its price index is so close to the overall CPI that increasing its weight does little to move the COVID-19 index away from the CPI. However, the downward effect of clothing is due to seasonal price increases having a smaller weight in the COVID-19 basket, the report revealed.

The report, issued by the international financial institution on the consumer price index and the pandemic, asserts that: “Despite the finding that CPI weights underestimated inflation in the early months of the pandemic, a quick update of the CPI weights to reflect the spending patterns during the pandemic would be impractical. Furthermore, introducing weights that are based on a short timeframe can reduce an index’s accuracy over the longer run. A better approach would be for statistical agencies to develop a supplementary index whose weights reflect spending patterns during the pandemic. This would give policymakers a better picture of the effect of inflation on the prices that consumers are actually paying.”

Nigeria, other Sub Saharan African economies to contract by 2.1 percent in 2020 — Fitch