In the intense run up to 2023 with all the attendant turbulence of the outgoing year, a group of global  boutique asset managers aligned to the Group of Boutique Asset Managers (GBAM) and operating across four continents, are unanimous that inflation and recession are two major macro features influencing their decision on asset management and capital allocation for the new year.

Inflation has been a major global headwind in 2022 and has spared no country, leaving major central banks across the world on tailspin battles to curb it with a raft of upward interest rates movements after at least two years of low rate calls in response to the COVID-19 pandemic. Now, the global boutique asset managers say among their worries as they look to the new year is their expectation that inflation will push on and continue to pressure central banks as they deal with the challenge.

They are also in alignment with what has been the strongest position held generally by analysts about 2023, that recession stares the world in the face and could breathe down the world’s neck as early as the first quarter (Q1). The asset managers say in response to this expectation, they have resorted to repositioning assets in their portfolio to stem the turbulence that would result from such a recession.

But in repositioning assets, some of the managers say they see opportunities opening up, which suggests that there is still the possibility of a silver lining amid all the talk of a gloom and doom 2023.

In a note sent by the Group of Boutique Asset Managers (GBAM) from London, United Kingdom, to Business A.M., asset managers said they were all facing uncertainties in 2023 by focusing on their usual ‘bottom up’ approach. 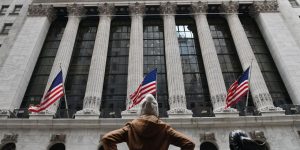 Pius Fisch, whose firm is a global leader in convertible bonds said “yield curves in the US and Europe are inverting more and more, sending increasing signals of recession. A “soft landing” of the economy is thus becoming less likely. Structural reasons, such as low debt ratios, solid labour markets and high consumption potential, however, point to only a mild recession.

“There is still a lot of negativity priced into equity and credit markets, but the short-term risk/reward ratio has deteriorated again after the recent price rallies. However, as soon as the expected shift in monetary policy will be realised in the coming months we will see a considerable upside potential for the remaining year,” Fisch said.

Aligning with Fisch’s position, Jose Jimenez, chief investment officer at Madrid, Spain based Mapfre said the general view is that inflation will peak in 2023 and central banks will start a new loose monetary cycle.

He said: “The not so bright view is that inflation reduction will not be a linear process. Being below 4%-5% is going to be tough. And due to central banks’ failure in predicting inflation, interest rates should be higher than markets’ expectation if they want to keep their credibility this time. This will happen in the US and emerging markets, but it is not so clear in the eurozone.”

“It is not so certain that 2023 will see a significant economic recession in [the] European Small Cap Equity universe. Financial markets have clearly priced it. Nevertheless, onboard inflation is high and top line growth in small and medium sized companies tend to be higher than the average. Therefore, a low single digit GDP recession could translate into a low single digit top line growth for small and medium sized listed companies,” Higgons said in the note.

“On equities, derating has been significant while bottom-up news is still good. Even if EPS will be revised down slightly, the potential of some sectors or segments looks attractive. In particular, we think Tech, which has already absorbed the interest rate shock significantly, quality growth stocks (e.g. healthcare) and small/mid caps, which have suffered from the liquidity crunch, offer rebound potential. Active boutique managers have assets to exploit these sources of alpha,” Paquet said.

From Stavanger, Norway, Tim Warrington, chairman of GBAM, who is also the chief executive of SKAGEN Funds, notes that the new investment environment means active bargain hunters like his firm now have better prospects than at any time over the past 15 years, adding that with market conditions more akin to the long periods when value investing reigned supreme, the landscape could be returning to the old normal.

He advised that in times of uncertainty, such as it is now, it is better to stick to basic investment principles as they provide a degree of control over the investment process, adding that investors and asset managers should “know what you can know in terms of price and potential and identify the changes that a company might make to improve outcomes, or improve reputation, and help them to do so.”

Warrington adds: “And being greedy when others are fearful confers advantage, especially when applied together with a longer-term investment horizon. This is not complex; it is common sense. After all, it is the same in any period of crisis or uncertainty, whether international or domestic. Those actors that focus on what they can control and care less about what they cannot, invariably prevail.”

With concerns about inflation and recession held all over the world, investment outlook opinions from boutiques in Brazil, South Africa and Hong Kong are not different.

They have generally offered the view that investors should stick to investing in those companies – assets that they know well in order to cope with emerging scenarios.

Paulo Del Priore, founding partner at global multi-strategy investment manager Farview, in São Paulo, Brazil, said that he is sceptical about macro forecasts and so seeks the more bottom up approach of building portfolios that are independent of macro scenarios.

Accordingly, the factors driving their work, therefore, include the fact that there are now higher returns on cash; the constraints around quantitative easing thanks to inflation; and increasing active manager opportunities, as higher cash rates and less activist central banks, will result in higher market price dispersions.

“Next year will be very different from the last which brings significant challenges requiring a different approach to managing and building portfolios. One approach that manages risk is through portfolio diversification and properly priced risk premiums, particularly when seeking market liquidity,” Priore said.

“As we see it, a peak in global interest rates in Q1 ’23, and a slow return to global growth in the 02H23 should stimulate commodity prices and drive economic growth in the country. What will save the markets is that South African companies are generally excellent at capital allocation. The stock market now has the highest number of companies buying back shares than at any other time in history. As well, dividend pay-out ratios are also at their highest levels in history. Low valuations, coupled with capital returns to shareholders, make the South African stock market appealing,” Lo said.

However, he added that while companies are good at capital allocation, investment in South Africa is not without challenges that will impact as the country has not learnt how to construct internal growth engines in its economy.

Ronald Chan, founder of Hong Kong-based Chartwell Asset Management, with an intimate knowledge of his local markets – the Greater Bay Area (GBA of China) – gives him room for optimism, despite all the macro headwinds already outlined by other asset managers, especially the local headwinds that make China, as a whole, a difficult target for some investors.

Chan said the current economic size of the GBA is roughly $1.9 trillion, and its further development is fully supported by the Chinese government which is encouraging them to elevate their international position in finance, trade, shipping, aviation, innovation and technology, culture and tourism – all sectors in which he has an interest.

He said: “Hong Kong’s Hang Seng Index hit its lowest valuation in November at a 7x P/E ratio. This multiple is even lower than what was experienced during the financial crisis in 2008 and stands at a -2.4 standard deviation relative to its multiple average since 2005. Many factors may affect valuation in the coming months. However, in layman’s terms, if we use the index’s five-year P/E ratio average of 10.9x, the upside potential is likely to exceed 50%. While we do not anticipate such an upside in the near to medium term, the overall sentiment is leaning toward the positive.”