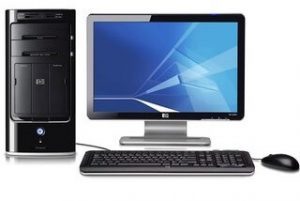 The global demand for PCs, including notebooks and desktop PCs, continues to be very strong in the enterprise market and the consumer space as a reaction to the pandemic. According to a Gartner survey, the global PC shipments rose by 3.2 million units in the second quarter of 2021 year on year.

Compared to the first quarter 2021 report, however, the result was significantly less than the growth in the period which saw global PC shipments jump by almost 36 percent year on year to 69.8 million unit as a result of slowdown in PC sales growth caused by the ongoing component shortages, which extended the lead time for some enterprise mobile PC models.

Lenovo remained the market leader with $17.3 million PCs shipped in the second quarter of the year, marking a 3.6 percent increase compared to second quarter 2020 figures. The period of study also marks the company’s fifth straight quarter of year-over-year growth driven mainly by Lenovo’s consistent growth in in-house manufacturing operation, which enables the Chinese tech giant to control better component shortages as opposed to its competitors who mostly rely on outsourcing.

For instance, the world’s second-largest PC vendor, HP, saw its global shipments drop by 11.3 percent year on year to 14.3 million units in the second quarter as significant shipment declines in North America and EMEA countries with supply constraints on enterprise notebook PCs both contributing to this drop.

Dell saw its third consecutive quarter of year on year growth as the third largest PC vendor globally. Between April and June, the  US tech corporation shipped 12.2 million PCs worldwide, representing 14.4 percent more than in second quarter 2020 primarily due to impressive desk-based PC sales which surged by 40 percent year on year in that period, the Gartner data reveals.

Apple and Asus grew faster than the market in the second quarter of the year due to the improved availability of consumer PCs as the segment of the market was less impacted by shortages than the enterprise market which allows more flexibility in the system design of consumer models, enabling workarounds for certain supply constraints. While Apple shipped over 6 million PCs worldwide between April and June, a 20 percent increase year-over-year, Asus followed with more than 4.2 million shipped units, a 16 percent YoY growth in this period.