Warning: Declaration of SlideshowErrorHandler::log_error($num, $str, $file, $line, $context = NULL) should be compatible with GalleryPlugin::log_error($error = NULL) in /home/elglo/public_html/businessamlive.com/wp-content/plugins/slideshow-gallery/includes/errorhandler.php on line 0
 Global stocks shrug off chaos in Washington – Businessamlive
By Hussein Sayed, Chief Market Strategist at FXTM
The world was shocked by Wednesday’s US Capitol insurrection. For many, such scenes can only be seen in Hollywood movies, but Trump supporters turned it into reality after invading the US Capitol in Washington. One would expect the violent and chaotic scenes that temporarily interrupted the ratification of President-elect Joe Biden’s victory in the 2020 election to lead to a selloff in risk assets, but it turned out to have little impact on investors’ decisions. 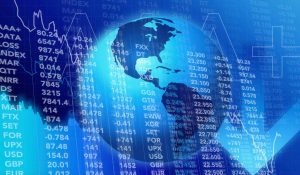 In fact, the scenes that played out in real-time across global cable television did nothing to alter expectations of the near to mid-term political and economic outlook. What really matters for investors is the Democrat’s victory in the two runoff races in Georgia. With a 50–50 split in the Senate between Republicans and Democrats and Vice President Kamala Harris casting a tiebreaker, the Democratic party is now in control of the Presidency, House and Senate forming what has been called a “blue wave”.
President-elect Joe Biden will push hard on reviving stimulus and that is why we are seeing small caps and cyclical stocks outperforming growth. Yields on US 10-year Treasuries are up 13 basis points from Monday’s close, hovering around 1.05%, the highest level since March. Meanwhile, the Dollar remains stuck near 3-year lows as rising debt levels, along with low interest rates, are expected to keep putting downward pressure on the Greenback.
The reflation trade is now in full swing and is likely to continue for some time. However, the Tech sector, which may suffer under a Biden administration who has pledged to raise corporate taxes and antitrust regulation, fared better than expected closing down just 0.6% yesterday. Nasdaq Composite futures are up 0.9% at the time of writing, following a sharp initial selloff of some 2% yesterday as FANG stocks all closed lower. While taxes may go higher, it will not likely be any time soon as the economy remains weak and it will be difficult to justify a tax hike to the Democrat centrists in the current environment. The biggest risk for richly valued growth stocks is not taxes, but interest rates and as long as they remain contained, I do not expect a steep fall in the tech sector. However, small, value and cyclical stocks are likely to continue outperforming growth in the upcoming few months if the world is believed to be cured from the coronavirus by year-end.