Default rates across all trade finance asset classes globally declined in 2021 compared to 2020, defying the economic turbulence occasioned by the Covid-19 pandemic, according to the latest global trade register released by the International Chamber of Commerce (ICC) in conjunction with Global Credit Data and Boston Consulting Group (BCG). 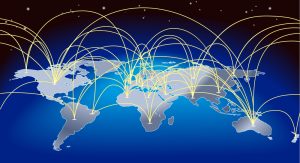 “The pandemic had a marked effect on default rates in 2020, causing defaults to jump across most asset classes as global trade volumes fell,” the report explained.

However, based on the number of transactions conducted within both years, there was an increase in defaults in 2021 against 2020, rising from 0.09 percent to 0.13 percent. The ICC explained that this was potentially driven by the default of a corporation with a high-volume, low-value SCF programme.

According to the ICC, the report uses data from 24 trade finance and export finance banks for over $21 trillion of exposures from over 42 million global transactions, which captures approximately a quarter of global traditional trade finance flows and 9 percent of all global trade flows.

To gain a better picture of the scope of trade finance defaults, the ICC said it calculates defaults by total exposure to a certain asset class by the number of obligors and by the number of transactions.

Despite what was considered a low volatility of trade finance, the report warns of a small rise in defaults over the next two to three years, depending on the severity of any recessions in certain regions.

“This may give rise to a short-term increase in demand for the risk mitigation properties of documentary trade,” it added.

Meanwhile, international goods trade flows marked a recovery in 2021, reaching $20.8trn, up 22 percent from 2020 and exceeding 2019 levels, though growth varied by region.

Given the recovery in trade volumes, BCG estimates that nominal trade and supply chain finance revenues was up 28 percent from 2020 to 2021, reaching $55 billion and exceeding 2019 revenues by 15 percent

Based on this development, the report projected that trade and supply chain finance revenues will grow 5.8 percent annually and reach $97 billion by 2031. It however warns that the notion of a return to normalcy in international trade must be discarded following the war in Ukraine.

“While trade will continue to grow, the shape and patterns of that growth will be affected by non-market factors to a greater extent than at any time since the Cold War,” it added.

Commenting on the report, John Denton, ICC secretary general, said the findings reinforce the findings of previous iterations of the trade register.

Denton added that trade finance products continue to be resilient and represent banks with low levels of credit risk, even during times of macroeconomic uncertainty.

Following the latest report, the ICC said it intends to adjust future versions of the trade register report to include introducing a sustainability lens and the capacity to distinguish between SMEs and corporates.