Gold prices pushed above a one week low suffered last week following fears of the economic implication from surging cases of the Delta covid-19 variant, boosting investors’ confidence on the precious metal, considered a safe store of value during financial uncertainty. 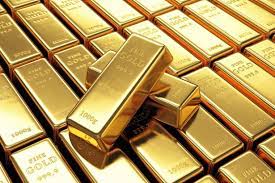 Carsten Menke, commodity analyst at leading Swiss wealth management group, Julius Baer, said the rapidly rising cases in Europe, as well as in the United States, prompted market participants to reduce risks in their portfolios. This, he noted, has sent higher-risk assets tumbling, a welcome development for gold.
Further fueling gold’s bullish stance is the fall in benchmark 10-year Treasury yields, which stumbled to a more than five-month low. A strengthened US dollar however challenged the precious metal’s appeal, as it held firm to near 3-1/2-month highs.

Commodity analysts noted that the dollar’s persistent rise could lead to slightly positive or even negative results for gold despite a drop in treasury  yields.
For other precious metals, platinum was up 0.2 percent to $1,077 per ounce; palladium rose 0.9 percent to $2,617.98 per ounce, while silver was down 0.1 percent to $25.18 per ounce.
Businessamlive Website Stats