Gold was up on Wednesday morning, buoyed by an eased dollar which extended its loss to an over one-week low amid growing expectation of further U.S. stimulus measures continuing to give the yellow metal an upward push. 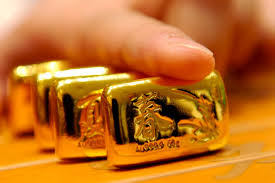 Copper prices also recorded a positive outcome as prices jumped with investors poised for a fast-tracked stimulus package in the U.S.

At the close of the Comex market on Tuesday, copper for March delivery was up 1.5 percent at $8,190 a tonne. Analysts assert that if the red metal sustains its recent momentum, it is likely to hit its highest since February 2013.

However, inventories are currently on the downside as stocks of copper across the London Metal Exchange (LME), Shanghai Futures Exchange (ShFE) and Comex are at multi-year lows.

This, according to the International Copper Study Group (ICSG), was as a result of the supply plunge in major copper mines caused by the covid-19 outbreak which disrupted mining activities.

An instance of this is the report of the supply plunge in Peru as announced by the country’s energy and mines ministry. The world’s second largest copper producer recorded a 12.5 per cent drop, producing just 2.15 million tonnes in 2020.

More so, in China, the world’s leading copper consumer, inventories which usually accumulate in the run up to the Chinese New Year, fell to near decade lows as demand continues to outweigh supply.

Aluminium also joined in the gains party as three-month LME aluminium gained 1.7 per cent to $2,061.5 per tonne at the close of Tuesday’s trade while benchmark aluminium price for the ShFE also advanced to $2461 per tonne on Wednesday morning. Meanwhile, open interest dropped 12,830 lots to 158,397 lots with the contract settling at 0.5 per cent lower at 15,785 in overnight trading. The contract is expected to swing between 15,400-15,900 per tonne at the close of today’s trading.