Gold prices rose to a one-week high on Wednesday with investors focusing on market hopes for further fiscal support for the US economy and expectations that the US federal reserve will keep a lid on interest rates as it issues a new round of guidance on monetary policy. 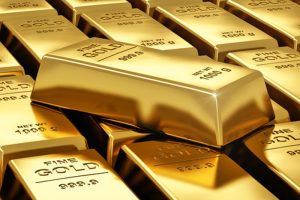 According to Craig Erlam, an Oanda analyst, a stimulus deal in the US and the monetary stimulus package from the U.S government this week, which is extremely possible, could put gold on a more positive trajectory and take some volatility out of the markets going into the year-end.

Erlam added that if the U.S government fails to deliver, gold could likely descend towards November lows.

Analysts at Zaner Metals, a Chicago-based metal investment organisation, expressed skepticism over the bull case in gold as the odds of a stimulus package appears much stronger than odds of easing by the federal government, with the government’s action likely to be associated with boosting bond buying.

Strategists at ABN AMRO, a Dutch bank headquartered in Amsterdam, posit that gold prices have the tendency to weaken if an economic recovery goes hand in hand with expectations of tighter monetary policy and higher rates.

On the other hand, other precious metals saw a price surge as silver gained 2.6 per cent to $25.12/oz. Silver has outshone gold of late, given the improving prospects of industrial demand into 2021.