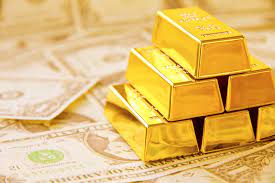 Michael Hewson, chief market analyst at CMC Markets in the United Kingdom, said the dollar’s recent decline has strengthened gold’s prices since the end of last week. Hewson added that gold still remains in a see-saw motion, noting that the precious metal has only managed to hold above $1,800 per ounce.
“Gold prices need to try and push towards highs we saw in August, around $1,830, but for the time being, it’s probably not going to see much movement ahead of the payrolls numbers,” he noted.

Meanwhile, silver was flat at $24.18 per ounce, but commodity analysts assert that the value of the grey metal would rise shortly as physical demand is expected to rise in the next few months, buoyed by a strong demand from the industrial sector.
Prices of other precious metals were mixed as platinum shed 0.4 per cent at $999 per ounce, while palladium rose 0.2 per cent to $2,446.87 per ounce.
Businessamlive Website Stats