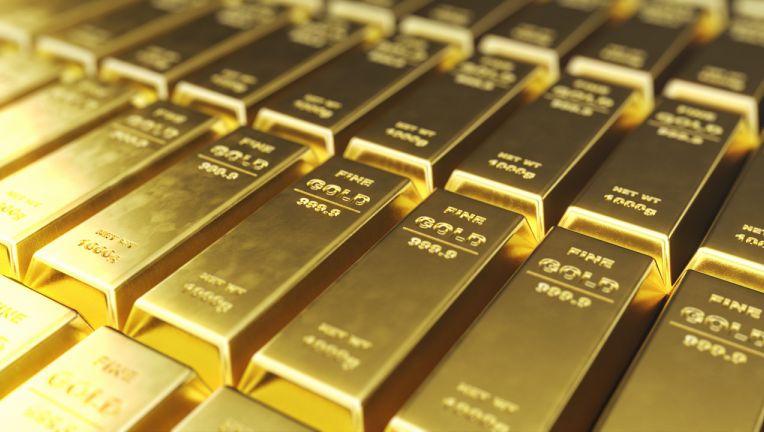 Carlo Alberto De Casa, ActivTrades chief analyst in a report seen by business a.m. said “Gold is moving technically and is giving a very good signal after it rebounded from $1,220 levels,”.

“We are now approaching another key resistance area around $1,230 and a break above the $1,230-$1,235 will confirm an appropriate inversion for gold and it would no longer be a rebound.”

Already, prices have eroded both the 55-day moving average around $1,200 and a 6-month downtrend, closing above the Aug. 28 high around $1,214, according to Commerzbank analysts.

Gold, sometimes seen as a harbour during political and economic uncertainty, is still some 10 percent down from peaks hit in April as investors opted for the dollar while the U.S. China trade war unfolded against a backdrop of higher U.S. interest rates.

The dollar firmed and global stocks gained as a rally on Wall Street boosted risk appetite.

Investors have now turned their attention to the release of minutes from the U.S. Federal Reserve’s September policy meeting for fresh clues on the pace of monetary tightening.

The US Fed raised interest rates last month for the third time this year and said it planned four more increases by the end of 2019 and another in 2020.

Markets also kept a close eye on a summit in Brussels, where British Prime Minister Theresa May will address European Union leaders, for the future of Brexit.

Analysts said the recent gains in gold could also be attributed to investors unwinding short positions after speculators had piled up record bets on prices falling further.

Prices hit their highest in two and a half months, at $1,233.26, on Monday as a rout in global stock markets forced investors to seek safety in the metal.