Gold is once again making a case for investors’ attention, boosted by increased concern about inflation pressures and renewed i 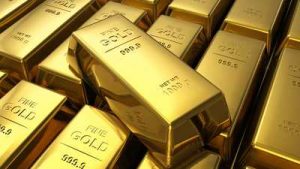 nterest from China and India, the top two leading physical buyers in the world.The yellow metal recorded its fourth weekly gain after data showed US consumer prices rose in April, boosting its appeal as an inflation hedge.

Analysts said market narrative for the recent consecutive rally of the yellow metal  has been mounting worries that inflation is poised to make a comeback in the global economy. This, they explained, supports gold on the basis that inflation will take root before the world’s central banks raise interest rates to stamp it out, thus leaving the precious metal to fulfil its historical role as a hedge against rising prices.

Ed Moya, analyst at OANDA, an online trading platform, said the recent fall in the U.S dollar and Treasury yields have created a rally for gold. He however noted that the true test for gold will be after the next couple of months of ‘hot’ inflation reports.

Oil edges up on escalating U.S.-Iran tensions, Brent at $72

Breaking: CBN holds MPR at 13.5%, other parameters amidst recession concerns