Gold suffered yet another drawback on Thursday morning while investors moved to the safety of the dollar after an equity sell-off ignited by U.S. Federal Reserve concerns around the pace of the yellow metal’s recovery lent further support to the currency of the world’s largest economy. 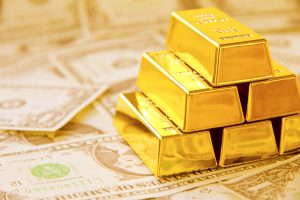 Gold prices slumped to their lowest since January 18 at $1,830.80 on Wednesday as the yellow metal lost momentum following the dollar’s rebound which saw the greenback hover close to more than one-week high.

Also weighing on the precious metal was the delay in a $1.9 trillion U.S. covid-19 stimulus deal, which is yet to receive a nod from Republicans over concerns about the price tag.

Kyle Rodda, analyst at IG Market, UK’s largest forex provider, said the market seems to be very disappointed with the Federal Reserve System as nothing additional in terms of policy guidance or stimulus prospects has been provided.

The US delayed action, according to him, sunk risk assets, creating a rebound for the dollar while gold got caught in the trade.

He added that the U.S kept its key interest rates and monthly bond purchases unchanged making gold unattractive, diminishing its appeal for the time being.

However, Jerome Powell, chairman, Federal Reserve System, maintained that the risks are in the near term as the vaccine programme ramps up and there is good evidence to support a stronger economy in the second half of 2021.

As it stands, gold seems to be in a short-term period of consolidation, waiting for further cues on more fiscal and monetary stimulus to potentially push it higher in the medium to long term, analysts say.