Nigeria recorded N32.533 billion shortfalls in gross statutory distributable revenues for the month of November 2018, the Federation Accounts All 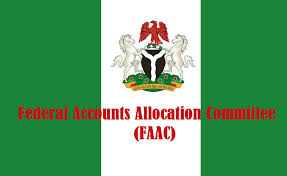 FAAC confirmed in its communiqué at the end of its last monthly meeting for the year 2018 on Wednesday that the gross statutory distributable revenue was N649.629 billion in November, lower than the N682.161 billion for October

However, FAAC shared a total of N812.762 billion as federal allocation to the federal, states and local governments for November 2018 revenues comprising of distributable statutory revenue of N649.629 billion, revenue from Value Added Tax (VAT) of N92.079 billion, Exchange Gain of N1.055 billion and Forex equalization revenue of N70.000 billion.

A total of N57.087 billion was given to the oil producing States and 13 per cent derivation revenue, while N72.187 billion went to the relevant agencies as cost of revenue collection.

It declared that accrual into all revenue sources such as Foreign Oil and Gas, Domestic Oil and Gas, Royalties, Petroleum Profit Tax (PPT), Import and Excise Duties and Value Added Tax decreased, except revenue from the Companies Income Tax (CIT) which increased significantly within the month under review.

The Minister of Finance, Zainab Ahmed presides over the monthly meeting of FAAC.