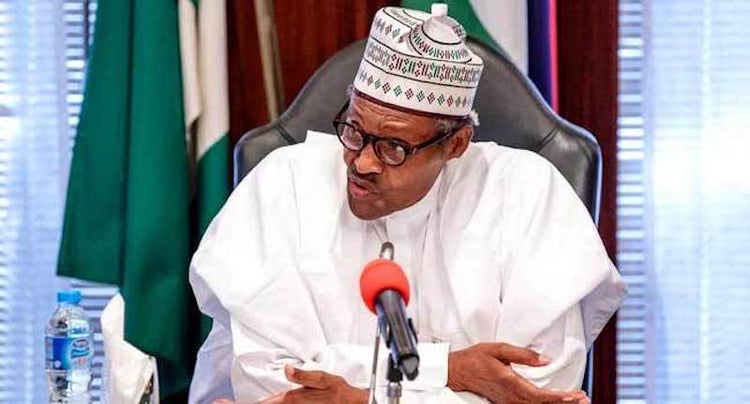 At the end of its second teleconference, the governors Wednesday asked President Muhammadu Buhari to order the suspension of the deductions on debts owed by the states till the end of the coronavirus pandemic.

The governors also called on the Central Bank of Nigeria to restructure all debts owed the Federal government.

A statement signed by Kayode Fayemi, the chairman of the Nigeria Governors’ Forum (NGF),  said that after their meeting with the minister of finance, budget and national planning on fiscal measures taken by the federal government to mitigate the economic impact of the COVID-19 pandemic, the Forum called for urgent fiscal measures to safeguard the liquidity of State governments.

The measures to be taken to safeguard the liquidity of state governments include the acceleration of an arrangement to suspend all State deductions and restructure all debt service payments on federal government and CBN-owned debts.

He said that the governors also received briefing from Sadiya Umar Farouq, the minister of humanitarian affairs, disaster management and social development, on stimulus incentives from the federal government to support vulnerable households across States, cope with the expected loss of income and livelihoods in the coming months.

The Ekiti state governor who is also the NGF chairman said that governors were committed to leading the effort through State focal persons in charge of social protection to ensure that palliatives including food and cash transfers reach the most vulnerable population in all States.

Against the criticisms that followed the closure of borders by some states, he said that governors also discussed the legality or otherwise of lockdowns in other states around the country and resolved to maintain the status quo until the chairman, who is also the Governor of Ekiti State resolves the matter with the Presidential Committee on Covid-19.

The communique of the meeting said that governors also resolved to leverage on the lockdown situations to send essential food items across borders as part of the palliatives so that perishables produced in one state get to states that need them unhindered.

The communique said that the governors will meet Wednesday next week.

Ezekwesili knocks Buhari over stoppage of forex for food import

Dangote sells 2.3% stake in Dangote Cement for N86.1bn at 5.5% discount to foreign interest