Greenwell Technologies, a fertilizer blending plant located at Abak, the outskirts of Uyo, the Akwa Ibom State capital, said it is beginning to see some business success from its product line that is now on demand around the state and in neighbouring states in the south-south zone. 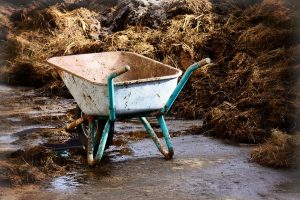 Johnny Udoh, managing director of the company says the company churns out between 200 and 300 metric tonnes of NPK fertilizer a day, depending on the need and availability of raw materials. “Two of our raw materials are imported; the rest are sourced locally,” he said.

“Most of the products have been sold out. Last month we shipped 4,000 metric tonnes to Nassarawa State and some other states. We still have about 59 trucks that will go to Rivers State whenever they are ready to pick,” Udoh said.

He also said the company has about 1,000 metric tonnes left in its warehouse which have been fully paid for by the Federal Government. He said it also produces for other private entities.

The Greenwell boss said the company has been making profits following increasing patronage of its product from many states across the country. Currently, he said, the company has started blending fertilizer for coconut farms.

Akwa Ibom governor, Udom Emmanuel in 2017 began building a coconut refinery plant at the cost of $80 million for which the state government, by far the biggest crude oil revenue-earning state, is now seeking the intervention of the Nigerian Sovereign Investment Authority (NSIA) to facilitate a loan facility to complete the multi-billion-naira refinery at Mkpat Enin Local Government Area of the state.

However, Greenwell Technologies’ energy costs are rising. Udoh said the company spends N1.4 million monthly on diesel to run a 500KVA generating set, which is the company’s main power supply source, given that public power supply is a forlorn issue in the state. However, the state-run Ibom Power Company has been making claims of providing more than 15 hours of electricity daily.

Udo explained that all efforts he had made to ensure regular power supply to the plant, with assurance from Port Harcourt Electricity Distribution Company (PHED) has failed to yield any dividend. He called on the federal government to take a critical look again at the issue of power supply in the country.

Admittedly, energy costs have impacted the company’s product’s price. For instance, it produces a bag of fertilizer at N11,000, whereas the product sells at between N6,000 and N7,000 in the open market. But Udoh said the excess cost (N5,000 and N4,000) is borne by the Federal Government through the Presidential Fertilizer Initiative (PFI) where the latter pays 50 percent of the product’s cost, and farmers pay the balance to acquire the product.