As Shipping company spends $18m to provide security onboard vessel despite 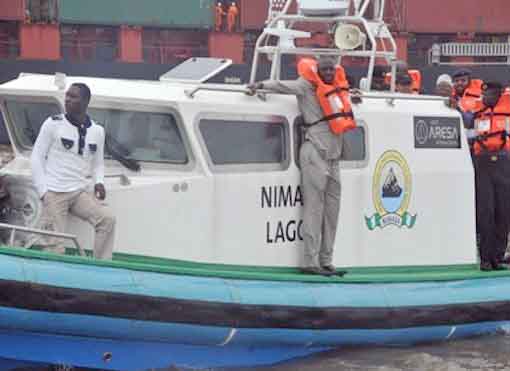 The situation has led to shipping companies now spending millions of dollars in providing security onboard the vessels while in Nigerian waters.

The $195m maritime security contract was signed off by the Federal Executive Council in December 2017 and was for the provision of three helicopters, three airplanes, three big battle-ready ships, 12 vessels and 20 amphibious cars, to aid security of Nigeria’s waterways.

In January 2018, the House of Representatives criticised the management of NIMASA for awarding the contract to HLSI, saying it was a breach of Nigeria’s internal security and defiance of the local content law.

President Muhammadu Buhari had in May 2018, cancelled the contract via a memo directing the Attorney General of the Federation, Abubakar Malami, to terminate the contract and for the National Security Adviser and the Nigerian Intelligence Agency to investigate how the contractor obtained security clearance without an end-user certificate.

Buhari also ordered HLSI to supply equipment to the tune of the $50m upfront payment it received from Nigeria. The Federal Government, however, reinstated the contract in August last year.

Now, there are indications that global shipping giant, Maersk Line, spends a humongous $18 million to provide a private security onboard its ship when they approach Nigerian waters.

Interestingly, the revelation is coming the immediate past minister of Transportation, Rotimi Amaechi. At a send forth party held in his honour by maritime industry stakeholders, the former minister under whose supervision the contract was awarded to Messrs HLSI Security Systems and Technologies, narrated how a leading shipping line coming to Nigerian ports, Maersk Line had reported to him about the huge amount it paid to some individuals to provide private security for their vessels.

Trying to justify the $195m maritime security contract signed between the Federal Government and an Israeli firm, HSLi Global, Amaechi said Nigerian importers were paying war risk surcharges for vessels to berth at Port Harcourt, Calabar and Warri Ports as a result of piracy and activity of militants.

“Maersk Line told me that they were spending $18 million dollars as security on their vessels on Nigerian waters, I asked them, can I quote you on this, and they said yes.

“This is ‘free money’ going into the pockets of some powerful Nigerians at the expense of the country,” he said

Recall that the International Maritime Bureau (IMB) Piracy Reporting Centre rated the seas around Nigeria as the world’s most dangerous for piracy.

Of the 75 seafarers taken hostage onboard or kidnapped for ransom worldwide so far this year, 62 were captured in the Gulf of Guinea, specifically off the coasts of Nigeria, Guinea, Togo, Benin and Cameroon.

According to IMB, of the nine ships fired upon worldwide this year, eight were off the coast of Nigeria.

Amaechi has said that the illegal economy on Nigerian waters has hit a $25 billion yearly, adding that illegal bunkerers in Nigeria are the 7th largest producers of oil in Africa.

He however warned that whether the Israelis deliver on the contract or not, they would get their money and Nigeria would still be on the losing end.