Guaranty Trust Bank Plc (GTB) has pushed its profitability 3.4 per cent higher as at the end of September this year with its Profit after Tax (PAT) standing at N146.99 billion compared to the same period of 2018. 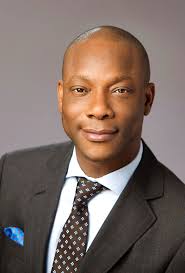 This disclosure came as the bank released its unaudited result for the first three quarters ended September, this year, which showed that the bank’s performance has not been adversely affected as of yet.

Analysts said the performance was underpinned by non-funded income growth, as interest income growth continues to lag the prior year, and profitability expanding moderately.

Interest income declined by 5.6 per cent this year N224.19 billion as income from loans to customers declined by 6.3 per cent to NGN134.47 billion compared to the what obtained as at the end of September last year.

Notably also, all interest income generating lines were weaker year-on-year, save for income from cash and its equivalents, which was up by 18.6 per cent YoY to N10.11 billion.

According to the analysis of the report, interest expense also declined by 23.4 per cent to N32.63 billion, as the bank shed high cost deposits during the year with interest on deposits from customers declining by 20.4 per cent to NGN42.90 billion year on year, while zero cost on debt securities relative to the prior year’s N4.34 billion also contributed.

Consequent on the higher pace of decline in expense relative to income, the bank’s net interest income settled higher by 1.3 per cent this year’s September.

According to analysts, this was supported by fees and commissions income which grew by 22.9 per cent to N46.50 billion, compared to the comparative period of 2018.

Notably transaction volumes have continued to grow, supporting E-business income which grew by 63.1 per cent year-on-year to N11.04 billion in September, while credit related business charges advanced by 37.1 per cent to N9.08 billion, thereby boosting the bank numbers.

Given the growth in non-funded income, which was enough to offset the decline in interest income, operating income grew by 1.6 per cent higher year-on-year to N270.25 billion.

On the back of these, the bank’s cost-to-income ratio settled at 36.9 per cent relative to 38.3 per cent in the corresponding period of the prior year.

Analysts observed that this further translated to an expansion in profitability, as profit-before-tax (PBT) settled 3.9 per cent higher year-on-year at N170.65 billion, while profit-after-tax (PAT) grew by 3.4 per cent y/y to N146.99 billion, on account of a 7.4 per cent y/y increase in tax expense.

According to financial analysts at Cordros Capital, “In our view, the bank’s macro-prudential ratios are above par, with only the non-performing loans ratio settling above the regulatory limit of 5.6 per cent relative to 5.0 per cent statutory limit although we note the significant decline from 6.8 per cent as at H1’19.

“Also, we note that the bank’s current reported loans to deposit ratio which is estimated at 54.0 per cent is below the new minimum LDR of 60.0 per cent, despite loan growth settling at 9.4 per cent relative to 1.1 per cent as at June, this year.”

The analysts further commented that the result is in line with their expectations, “although the significant improvement in non-performing loans level, which can only in part, be explained by the expansion of the loan book, and is a welcome surprise.

“We expect the bank to post a stronger FY-19 performance than represented here, as interest income growth accelerates moderately above the current run-rate in Q4-19.”