Foremost Apapa Port terminal operator, Vicky Hastrup, has decried the idea of reviving the defunct Nigeria National Shipping Line, or re-establishing a national sea carrier in which the Nigerian government would have a stake. 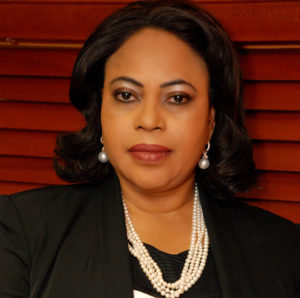 In a chat with business a.m., the managing director/ CEO, ENL Consortium said she would not support a national shipping line that would have the government having an investment stake, no matter how little, as it would definitely lead to failure of such shipping line.

Since 2017, the Nigerian government has been making attempts at re-establishing a national shipping line, with private investors’ partnership. The Ministry of Transportation which is championing the cause, in 2017 set up a committee to see to the establishment of a national sea carrier. Under the leadership of Hassan Bello, executive secretary of the Nigerian Shippers Council, the committee has reached out to some big players in international shipping without success.

Hastrup, who is the chairman of Seaport Terminal Operators of Nigeria (STOAN) appeared to have let off the fears of private investors in the shipping industry, as she came hard against the idea of government having even the smallest stake in the shipping line.

She said, “I am actually against reviving the national shipping line. I am totally against it and I am not afraid to be put on record about this. The federal government tried to revive the Nigerian Airways and we saw what happened to it; it was a total failure. The federal government once owned the Nigeria National Shipping Line and it was also a total failure. Who is now saying that it will not fail again if it is revived?

“I believe that the government does not have any business in running businesses. It should be done with private sector arrangement. If it is owned by the private sector with help from the government in some critical areas, it will be successful, but the moment it is a government thing it becomes everybody’s thing and nobody takes responsibility for its failure. I am actually against the idea of floating national shipping line to be owned by government.”

She recalled the case of Virgin Nigeria, in which despite being done with an astute British airliner, Richard Branson, the airline could not see its fifth anniversary.

“Even if the government does not own the larger stake, as long as government owns some stake, I don’t believe it will succeed. A typical example is the arrangement the government had with Virgin Atlantic; it failed. We had Virgin Nigeria, our national carrier being run by a good hand, but it failed. People want to bring money to the table but will not want their hands to be tied. They want their business to be run the way they understand the business can succeed. With all the bureaucracies of government, even if the federal government owns only 20 percent, the involvement of the government can tie down other investors from doing what they believe will make the business to succeed,” she maintained.

On whether she would consider venturing into cabotage trading someday, Hastrup hinted that no investor in the maritime sector is limited to the business they are currently into, saying that every business desires expansion.