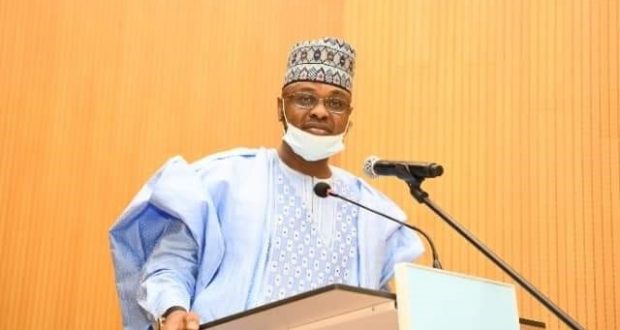 Isa Pantami, Nigeria’s minister of communications and digital economy, has said that after ridding Nigeria of sales of pre-registered subscriber identity module (SIM) cards, any party involved in the act again will face massive sanctions.

“The era of pre-registered SIM cards either at open markets or at other places across the country is over,” Pantami said while receiving a media team in Abuja on Monday.

He said the use of pre-registered SIM cards for criminal activities had been reduced to the barest minimum within the last 11 months he came in as minister of communications and digital economy.

‘’Last week I was on a programme on a radio station in Kaduna and they said there were still preregistered cards in the markets.  I challenged them to go and buy SIM card to show whether they are right or not. I said if they are found to be right that means some sanctions would be slammed on some people either within government or outside the government. But they went through markets in Kaduna, and they came back with no pre-registered SIM’’, the minister said.

He expressed optimism that the move would go a long way in supporting the execution of the National Broadband Plan (NBP) launched by President Muhammadu Buhari on the 19th of March this year and impact positively on the economy. “One of the key benefits is the rapid growth in the gross domestic product (GDP) of any country that increases its broadband penetration,” he said.

He disclosed that work had already started on the new National Broadband Plan 2020-2025 as the country had attained 40.18 per cent broadband penetration.

Pantami said the new plan would ensure that 90 per cent of Nigeria population has access to broadband, while it is also expected that the country achieve 70 per cent broadband penetration by year 2025.

The minister explained that following the launch of the national broadband policy by the president, certain steps have been taken by the authorities to address major challenges inhibiting the growth and development of the telecommunication industry.

He said:  “It is heart-warming that Mr. President has also directed that the Office of the National Security Adviser (ONSA) should coordinate the protection of telecommunications and ICT infrastructures across the country.

“And an Executive Order is right on the table of Mr. President on the protection of the nation’s National Critical Infrastructures. The Executive Order is expected to accommodate everything regarding the ICT sector in the country”.

The minister further explained implementation of the broadband policy goes beyond access to internet, stressing that the government is targeting the transformation of the economy with the creation of millions of jobs, higher standard of living for the people as well as economic growth and development for the country.