The Federal Reserve deserves credit for saving the U.S. economy from a financial crisis with its initial response to the pandemic, but it continued injecting liquidity well beyond the point that markets exhibited any signs of illiquidity, said Wharton professor of international banking and finance Richard J. Herring on Wharton Business Daily on SiriusXM. (Listen to the full podcast above.) The Fed misread the signs for inflation, which led to distortions in the financial markets and exacerbated wealth inequalities, he added. 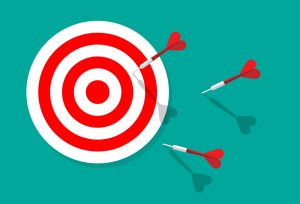 How the Fed Averted a Financial Crisis

The Fed deserves praise for the way they handled the initial stage of the pandemic. They quickly revived six of the weapons they had developed in the Great Financial Crisis of 2007–2008 to flood the markets with liquidity at a time when markets were clearly in disarray. And they succeeded in stabilizing markets quite quickly. The Fed then added another six policies, which are more controversial because they involved the Fed directly supporting parts of the economy beyond their traditional scope. It blurred the line between fiscal and monetary policy, but with the full support of Congress and the administration. But nonetheless, they deserve praise for having spared us a financial crisis that would have greatly exacerbated a severe macroeconomic shock.

The Fed can be criticized, however, for not having realized the liquidity stage of the crisis was over. They continued the quantitative easing policy until March 2022, even continuing to purchase mortgage-backed securities in the face of a historic rise in housing prices and long after liquidity in financial markets had been restored. If anything, the financial markets appeared to be excessively liquid. This was harmful in a number of ways. It distorted financial markets and helped fuel speculative bubbles in meme stocks and cryptocurrencies.

The Fed’s expansionary policy also exacerbated wealth inequalities, which are at historic levels. Although this policy had very little effect on real investment activity — which presumably was the objective — it had a huge impact on the prices of financial and real assets. And since the wealthy hold a hugely disproportionate share of these assets, wealth inequalities increased.

A policy of maintaining very low interest rates with large injections of liquidity also distorted the allocation of resources by enabling zombie firms to continue operations. These firms were often permitted to borrow at or close to negative, inflation-adjusted interest rates.

Moreover, this policy left the Fed with very limited options for dealing with the downturn if it should become necessary without resorting to negative nominal and real interest rates. So far the Fed has wisely avoided driving nominal interest rates below zero.

The other problem is that the Fed consistently misinterpreted and underestimated inflation. At the Jackson Hole conference one year ago, Chairman [Jerome] Powell continued to insist that inflation was transitory and gave up that characterization only long after most analysts had concluded core inflation was accelerating. It meant that the Fed was very late off the mark in trying to counter inflation. The problem with inflation is that it is, in effect, a highly regressive tax. Once expectations of inflation rise, higher inflationary expectations get embedded in the economy in a way that may require brutal adjustments in monetary policy to restore inflation expectations to a sustainable level and restore the credibility of the Fed. Although our current bout of inflation is not as severe as the inflation of the 1970s, we should recall that restoring price stability in the 1980s required a severe double-dip recession to bring inflation expectations down and stabilize them at a level consistent with financial stability.

Although inflation is a worldwide phenomenon, the situation differs from country to country. Certainly, global factors such as the war in Ukraine and the subsequent sharp increases in energy and agricultural costs, as well as the disruption in supply chains due to China’s COVID policies have raised prices in global markets. These shocks have hit several countries more painfully than the U.S. But in the U.S. these international inflationary forces were layered on an economy that was already overheating. Job openings were almost double the number of people looking for work. A significant part of our inflation problem can be attributed to international factors, but much of the problem is of our own making.

It’s possible that we’ve hit an inflection point in the macroeconomic background in which monetary policy must operate. Over the last 30 years, central banks have been dealing with an overall macro climate that has been very supportive of price stability. In fact, over the past decade, many countries have been more concerned with deflation than inflation. We’ve had a huge increase in the supply of labor available to the global economy, particularly with the collapse of the Soviet Union and China’s integration into the world economy. This huge increase in the labor force tended to restrain price increases in products competing in world trade.

That’s beginning to change. And coincident with the pandemic, we’re shifting to an era where the demographics will be quite different. The workforce is rapidly aging in most developed countries with declining new entrants. Moreover, the after-effects of COVID are ominous with a worrisome increase in the number of people who are suffering from long COVID, which makes it very difficult for them to fully participate in the labor force. All of this will tend to drive up wages, which in one sense is a good thing, but will put an upward pressure on prices.

Although supply will be somewhat constrained, the demographic shift and increasing longevity of retirees may increase demand from retirees. Their spending needs, particularly for medical services, will increase the demand for government spending. So we may have a very different, more difficult environment for monetary policy to maintain price stability. Looking ahead, the monetary authorities may find it more challenging to control inflation than to avoid deflation.

Three years ago at the Jackson Hole conference, the Fed announced a new monetary framework, much of which revolved around setting an inflation target that was to be an average of 2%, where they would counterbalance periods of undershooting, which had characterized some of the preceding decade for the U.S., with periods of overshooting. They did not, however, specify how long the period of overshooting would be nor how much overshooting would be tolerated. The problem is focusing on averages. It means the Fed is likely to be behind too often. If the Fed waits until average targets are significantly breached, it may be doing too little, too late, or even the wrong thing.