Following the news that United States President Donald Trump may place on hold investments in two of the world’s most valuable firms, stock traders in Hong Kong are now dashing for a haven in HSBC shares as everything from telecom firms in China, including Alibaba Group and Tencent Holdings Limited, now looks toxic. 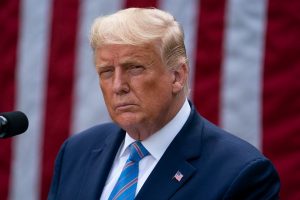 Trading activities in financial stocks through midweek outperformed all other sectors on the benchmark Hang Seng Index with HSBC Holdings emerging the biggest contributor to the index with a 4.6 per cent gain, following its 10 per cent rally the previous day in London. Also, Standard Chartered rose 6.9 per cent.

On the other hand, Alibaba Group Holding Limited witnessed a 3.9 per cent dive and Tencent fell 4.7 per cent after the investment ban reports.

Investment securities experts have added that people are shifting their money as there are so many troubles and uncertainties for growth stocks right now.

One factor pushing the latest gains for HSBC and others is a jump in the yield on U.S. sovereign notes, with the 10-year rate this week climbing to the highest level since March. Several financial firms have endured as low-interest rates and quantitative easing from central banks globally suppressed bond yields across virtually all maturities, said Dickie Wong, the executive director of research at Kingston Securities, adding that banks currently offered a haven from current regulatory and political tensions to traders.

Alex, a securities and asset management expert at Ample Capital further disclosed that lending tends to become more profitable for banks when yield curves steepen, or longer-dated bond yields turn higher versus those on shorter-maturity debt.

“The steepening yield curve creates a good environment for banks like HSBC after the recent rally. There’s still some room for HSBC to rise further since its share price was way too low and investors are now betting on economic recovery,” he revealed.

A critical look into factors driving investors to the investment banking company shows that HSBC’s net interest margin was at just 1.2 per cent in the third quarter of 2020, down 13 basis points from the preceding quarter (Q2). Also, its revenue on that gauge was down 6 per cent, according to the bank’s October earnings update. The bank said at the time that overdue low-interest rates were likely to have “a significant impact” on its net interest income.

Noteworthy, investor sentiment toward the stock was also improving as investors anticipate share buybacks this year, held Ample Capital’s Alex. Though, a recent research note from Goldman Sachs holds that HSBC could spend as much as $3.5 billion between this year and next.

Meanwhile, HSBC’s shares are up 54 per cent in Hong Kong since touching its 25-year low in September last year. The rebound follows months of uncertainty for the banking group, as investors fuss over how mounting regulatory, economic and geopolitical pressures would have an effect on it.