By Hope Ikwe, Jos
A candidate who is vying for the position of lawmaker representing Jo’s North Bassa Constituency in the House of Representative,  Vitalis Lanshima, has proposed open contract system and transparency in governance.
The aspirant who just completed a 10 year term in the United States as a council man said he intends to operate an “open bid contract awarding system’ where electorates can be told why a certain bid is selected.
“We have to look for construction companies to award contracts to and not politicians who have no business with construction but keep awarding contracts to themselves and a acquitances,” he said. 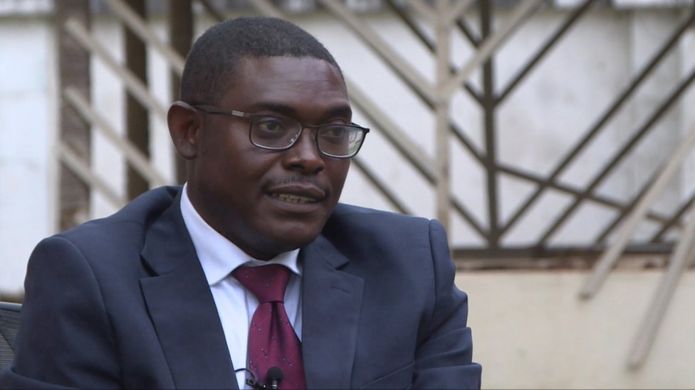 He said he was offering constituents that he will make sure money given to the constituency is displayed online, adding, “I am not making promises, I will never lie to my constituents, anything I do will come from them .”
Lanshima who is physically challenged having lost both arms when he was electrocuted at 12 said he came ” face to face with the Nigerian reality” when he was ready to  go back to school at 18 as every school turned him down.
He has therefore proposed to ensure that those with disability get educated free of charge through international partnership and other means that will be devised.
According to him he will partner with international organisations to revive the economy of the state.
” We can partner with Eva Williams, an international company that uses grain to produce whisky. Plateau produces a lot of grain, we can partner with them to resuscitate the Jos International Brewery (JIB) to produce beer locally. I will work with any one in power to ensure we create peace and prosperity on the Plateau. I don’t mind who is in power, whether it is the present governor Simon Lalong or Jerry Useni of PDP, I will do anything tactically possible to ensure we work together,” he said.
According to him, “we have gone past the era of of parties, my chances are high, my constituents know me , they may not know my party but they know me. The constituency is peculiar in that it has a history of not voting the popular party but they vote for people “.
The aspirant who echoed how tired people are with the system said ways of doing things have to change to get results especially in education and economy.
” We have to change the way we fund schools, we invest in individuals, funding per students instead of giving money to some individuals to spend on themselves . There are some schools that are uninhabitable in Nigeria. When I talk to people they say that is the Nigerian way. Schools in the United States are funded based on individuals . The old ways have not worked we have to fund individuals,” he stressed.
Lanshima who is worried  about the way the motorcade conveying the president was rough handled by thugs said it means that security is not guaranteed citizens.