Between 2015 and 2019, the federal government withdrew N1.5tn (about $4.92bn) from the excess crude account (ECA), statistics obtained from the ministry of finance have revealed. 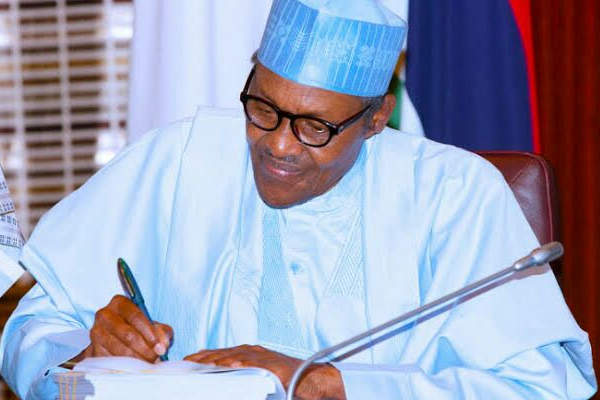 The ECA, which was created by former president Olusegun Obasanjo in 2004 for the purpose of saving oil revenue in excess of the budgeted benchmark, rose from $5.1bn in 2005 to more than $20bn in November 2008.

But persistent demand by states to fund various programmes and the inability of the Federal Government to generate adequate revenue to fund its operations had put pressure on the federal government to draw down the account.

Available statistics showed that in the last five years, stretching from 2015 to 2019, a total of $4.92bn or (N1.5tn at the government rate of N305 to a dollar) was withdrawn from the account.

The federal government gave approval for the withdrawal of N458.14bn in the 2015 fiscal period from the ECA.

From this amount, N359.39bn went into petroleum subsidy payment and N98.19bn was used for revenue augmentation to the three tiers of government.

The 2016 fiscal period saw the Federal Government withdraw the sum of N85.17bn to augment revenue to the three tiers of government while $250m was taken out of the account in 2017.

In 2018, the federal government depleted the account by an additional amount of $2.87bn.

Based on an analysis of the figures from the Budget Office, the sum of $1.76bn was withdrawn in the fourth quarter of 2018 by the government for the Paris Club refund to state governments.

Further analysis of the figures showed that the sum of $496.37m was approved by the President, Major General Muhammed Buhari (retd.), and withdrawn for the purchase of Super Tucano Aircraft.

The withdrawal of that amount, according to findings, was made in the first quarter of 2018.

Similarly, the President also gave approval that the sum of $380.51m be withdrawn for the first batch of procurement of equipment for the Nigerian Army, Navy and Defence Intelligence Agency.

The withdrawal of the $380.51m, according to investigations, was made in the fourth quarter of 2018.

The amount was taken out of the ECA in the fourth quarter of 2018.

The World Bank had said the Nigerian economy had become more vulnerable to shocks as a result of the depletion of the Excess Crude Account.

In its latest Nigeria Economic Update, the World Bank had warned that a ‘moderate’ decline in oil price could trigger another recession, noting that the exhaustion of the ECA had made the country more vulnerable.

“Fiscal buffers in the Excess Crude Account have been exhausted, rendering Nigeria more vulnerable to shocks,” the bank said.

Noting that the account was mismanaged, the report added, “The ECA has rarely operated as envisaged. When it was established in 2004, it was to be drawn on only when the actual crude oil price falls below the budget benchmark price for three consecutive months.

“However,  state governments contended that the federal Fiscal Responsibility Act of 2007 creating the ECA was not binding on state and local governments.”