Nigeria’s 36 states and the Federal Capital Territory (FCT) generated the sum of N849.12 billion within the first six months in 2021. 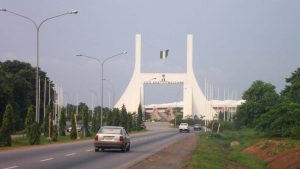 The amounts generated by the states for the period are contained in recently reported data by the National Bureau of Statistics (NBS) and the Joint Tax Board (JTB) who, together, derived their data from state governments’ revenue boards.
At a time when Nigeria’s federal government, through its revenue collection agency, the Federal Inland Revenue Service (FIRS) and the states are engaged in a battle over the collection and distribution of value-added tax (VAT) across each state of the federation, the dispute in the courts have become sign of the squeezing of the finances of state governments, including the FCT.

However, in the month of October 2021, the states received N274 billion, including N54 billion for the oil producers, whereas their aggregate monthly spending averaged N397 billion in 2019.
But some analysts commenting on the monthly payout from the Federation Account Allocation Committee (FAAC), the main source of funds for all states with a few exceptions such as Lagos, have routinely made the point that the distribution is inadequate.
According to the NBS report, the IGR is sub-headed into five categories: PAYE, Direct Assessment, Road Taxes, Other Taxes and revenue from ministries, departments and agencies (MDAs) which represent the revenue sources.
With companies’ tax the responsibility of the federal government, the largest source for the states is the collection of PAYE (pay-as-you-earn), which printed at N488.11 billion for the period. This was followed by revenue gathered by the states’ ministries, departments and agencies (MDAs) at N173.56 billion. Also, revenues from self-employed and small businesses,  came a very distant third printing at N28.07 billion in the first half of 2021.
The category of others in the table, according to the Abuja-based statistics bureau, includes road tax, land registration dues, lottery fees, stamp duty and consumption tax for hotels and restaurants, which came in at N16.75 billion. Taxes on what might be termed the microeconomy are collected by local governments while for large companies such as mobile operators, multiple taxations is a sensitive issue for them.
In terms of quarterly revenues, for the first quarter, the internally generated revenue was N398.26 billion, while in the second quarter it amounted to N450.86 billion indicating a positive quarter on quarter growth of 13.21 percent.
Also, the internally generated revenue by zones in the first half of 2021 shows that the South-West zone recorded the highest revenue amounting to N385.4 billion. It was followed by the South-South zone with N156.17 billion, while the North-East zone recorded the least internally generated revenue at N42.92 billion.
Meanwhile, states’ collection of internally generated revenue is on an upward trend. According to the last consolidated numbers seen, it represents about one quarter of their total revenue showing that there is room for improvement.
The performance of Lagos State stems from  the fact that it has more businesses, more middle and high-income households to tax. Other states are, however, not so fortunate, but analysts suggest that in many cases they could do more to improve tax administration and attract new investors.
Businessamlive Website Stats