By Charles Abuede & Zainab Iwayemi
The development of the e-Naira, Nigeria’s attempt to push into the central bank controlled digital currency space known as CBDC, is to be technically midwifed by Bitt Inc, a global fintech company with experience of delivering on such projects in the Caribbean. 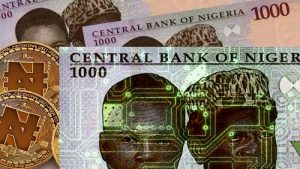 Specifically, the bank said it will depend on Bitt’s tested and proven digital currency experience, which is already in circulation in several Eastern Caribbean countries, adding that Bitt Inc. was key to the development and successful launch of the Central Bank Digital Currency (CBDC) pilot of the Eastern Caribbean Central Bank (ECCB) in April 2021 and as such has the right experience to be technical partners for the CBN’s Project Giant.

The selection of the Barbados-based fintech, according to a statement by Osita Nwanisobi, director, corporate communications, quoting Godwin Emefiele, governor of the apex bank, followed a competitive bidding based primarily on  the company’s technical competence, efficiency, platform security, interoperability, and implementation experience amongst other factors.

With a planned launch date set for October, possibly on Nigeria’s independence day, the selection of Bitt Inc., is technically expected to increase operational efficiency as it would offset the initial outlay by the monetary authority, Nwanisobi stated.
“Project Giant, as the Nigerian CBDC pilot is known, has been a long and thorough process for the CBN, with the bank’s decision to digitize the naira in 2017, following extensive research and explorations.
“Given the significant explosion in the use of digital payment and the rise in the digital economy, the CBN’s decision follows an unmistakable global trend in which over 85 percent of central banks are now considering adopting digital currency in their country,” it said.
While only two countries in the world – the Bahamas and China – have  officially launched digital fiat currency, Nigeria and South Africa in the African continent are in a race to join the group as the South African Reserve Bank is exploring the feasibility of launching a digital Rand (ZAR) to be used for general retail purpose by consumers in the country, just as Ghana, Morocco and Kenya and others are looking to introduce digital fiat currency at the earliest possible time.
Governor Emefiele, who described the e-Naira as a cryptocurrency, said the central bank-backed digital currency will be beneficial to Nigerians in the area of increased cross-border trade, accelerated financial inclusion, cheaper and faster remittance inflows, easier targeted social interventions, as well as improvements in monetary policy effectiveness, payment systems efficiency, and tax collection.
The CBDC is a digital banknote using a blockchain-based token to represent a digital form of fiat currency of a particular country; that is, issued by a central bank and backed by the government to become a legal tender. The currency is centralised and regulated by the country’s monetary authority such as the CBN in this case.
Over time, regulatory authorities of traditional banks globally, have contended with the rising clout of popular virtual currencies which they have noted to be a threat to the modern-day traditional banking system which operates under the purview of national central banks.
According to some experts, the e-Naira on its launch will have the potential to reduce the rate of cash handling and costs in the economy by between 5 and 7 percent; deepen financial inclusion in Nigeria digitally as a drive to the achievement of the CBN’s financial inclusion strategy; promote the digitization of cash and spur the development of e-commerce for fast, safe, and convenient payment structure in Nigeria, as well as promote the formal cross-border payments for efficiency, convenience and affordability.
Businessamlive Website Stats