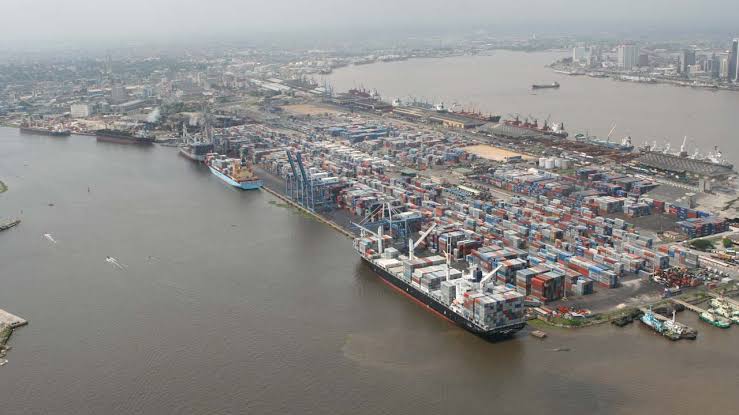 By Samson Echenim
If your business takes you to Apapa and Tin Can Island ports in Lagos for a year and you finish the year without a story to tell, you are possibly among the unlucky few who did not live to tell the story. Everyone going to Apapa daily has a near-death story or a testimony about how they narrowly, luckily missed an accident, or how they escape death from an accident.
And so as early as the second day into the new year, it was the turn of Kayode Opeifa, executive vice chairman, Presidential Task Team on Restoration of Law and Order, Apapa, to tell his story. Opeifa, whose team was tasked with clearing the ever gridlocked Wharf Road, the Apapa end of Oshodi -Apapa Expresseway, Creek and Liverpool roads, being the Apapa and Tin Can ports access roads, said he “was lucky to escape death with damaged vehicle.”
Opeifa, a former commissioner of transport, Lagos State, who gave a brief account of his stewardship to some journalists at the office of the News Agency of Nigeria (NAN) in Lagos told a scary story of several scenes of accident involving his team members and officers of the Lagos State Traffic Management Authority (LASTMA), while announcing that the PTT has officially concluded its operations in Apapa and that it has now officially handed over control of traffic and movement of trucks to the Lagos State government.
Opeifa beat his chest that the team has achieved its mandate as given to them by President Muhammadu Buhari, adding that there is now sanity on the port access road, even though the traffic problem remained chronic.
“Our job is to remove stationary trucks and we have removed them. I challenge any trucker, who claims he spends days on the road to come out and speak up,” Opeifa said.
An ad-hoc measure to rid Apapa port axis of deadly traffic gridlock, the PTT is overseen by Vice President Yemi Osinbajo, who is chairman of the task team. Similar task teams were set up in the past, but the traffic gridlock defiled them. Stakeholders have called on the federal government to stop using ad-hoc measure, but find lasting solution, such as building of truck parks in addition to putting the port roads in order. Others have also called for relocation of tank farms from Apapa.
Opeifa said the scope of job for the PTT under him was to get trailers off the roads and open the roads for free traffic. This, he boasted that his team had delivered on.
He lamented that in the course of carrying out its mandate, two traffic officers and a policeman lost their lives in Apapa.
He said that several people, including himself had at one time or the other sustained various degrees of injuries in the course of trying to bring sanity to Apapa, which had been on traffic lock-down over the years.
He said, “It is not good to announce it but we have recorded fatalities. I am afraid saying it because it will always be on the headlines. I am also a victim of an accident in the course of discharging my duties and I was lucky to escape with a damaged vehicle. The first day we started the restoration of law and order, we lost a LASTMA officer by accident. A truck was reversing and the LASTMA lady was behind.
“Recently, we lost another LASTMA officer who was stoned to death. We also lost a police officer, who was crushed. We have several people that were hit, including myself. My vehicle was hit but thank God nobody died. The vehicle was almost a write-off. This type of development happens continuously. There were very terrible ones where people were losing limbs and losing their hands.”
On the number of people arrested in the course of the restoration, Opeifa said he had lost count, disclosing, however, that over 120 traffic violators were arrested on the first day of the operation.
He said the main focus of the team was not to pick trucks as there was nowhere to put them after arrests were made.
According to him, the ports are handling more cargo than their capacity.
He said there must be an upgrade of port facilities, while the regulators must keenly monitor activities.
Businessamlive Website Stats