Wednesday’s trading activities at the Nigerian Stock Exchange were buoyed by the sustained performance of telecoms players as well as the pockets of gains seen across top counters in the banking sector as the bulls dominated on the equities market. The NSE all-share index recorded an uptick of +0.83 per cent, on the back of price appreciations in bellwethers like MTN Nigeria (+2.4%), Airtel Africa (+1.1%), and GTBank (+0.2%). 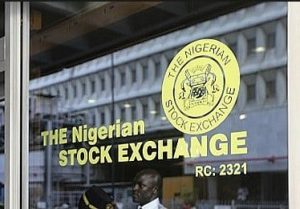 Consequently, the market year to date return jumped to +4.1 per cent while the market capitalisation advanced N180.9 billion to settle at N21.9 trillion from N21.75 trillion.

The market performance across sectors was positive as only the oil & gas index lost 0.1 per cent, following sell-offs in Ardova Plc (-2.4%). The AFR-ICT index led the gainers, up 1.7 per cent due to strong demand for Airtel Africa (+1.1%) and MTN Nigeria (+2.4%). Similarly, price uptick in Aiico Insurance (+6.3%) and Wapco Plc (+7.3%) drove the insurance and industrial goods indices higher by 1.5 per cent and 0.5 per cent respectively.

The NSE 30 Index increased by 0.72 per cent to close at 1,698.44 points as against 1,686.36 points, on the previous day. Market turnover closed with a traded volume of 235.02 million units. Lafarge Africa and Julius Berger were the key gainers, while UBN and Ecobank were the key losers.

At the street window of the Nigerian foreign exchange market, the naira firmed up by N2 to N478 per dollar, while the rate at the I&E window settled at N394.25 to a dollar, N0.25 weaker than its previous close of N394. Most market participants maintained bids of between N390 and N396 per dollar.

The NT-bills secondary market closed on a flat note, with the average yield across the curve remaining unchanged at 0.58 per cent. Average yields across short-term, medium-term, and long-term maturities closed at 0.23 per cent, 0.49 per cent, and 0.83 per cent, respectively. At the Primary Market Auction held on Wednesday, the CBN offered NT-Bills worth N187.3 billion across 91-day (N7.5 billion), 182-day (N54.6 billion), and 364-day (N125.2 billion) tenors.

In the OMO bills market, the average yield across the curve increased by 24 basis points to close at 1.58 per cent from 1.34 per cent on the previous day. Selling pressure was seen across short-term, medium-term, and long-term maturities with average yields increasing by 8 basis points, 62 basis points, and 25 basis points, respectively. Yields on 16 bills advanced with the 8-Jun-21 maturity bill recording the highest yield increase of 73 basis points, while yields on 6 bills remained unchanged. In perspective, most of the instruments on the short end of the market settled flat, even while the bearish drive was led by large selloffs at the belly of the curve.

Elsewhere, activities in the FGN Bond market were subdued, owing to the slowdown of profit bookings as the market closed on a negative note on Wednesday, as the average bond yield across the curve cleared higher by 3 basis points to close at 3.64 per cent from 3.61 per cent on the previous day. Average yields across medium tenor and long tenor of the curve increased by 11 basis points each, while the average yield across short tenor of the curve remained unchanged. The 27-JAN-2022 maturity bond was the best performer with a decrease in the yield of 3 basis points, while the 18-JUL-2034 maturity bond was the worst performer with an increase in the yield of 32 basis points.