Despite claims that the team lacked funding, leading maritime agencies in Nigeria, especially the Nigeria Ports Authority (NPA), the Nigerian Maritime Administration and Safety Agency (NIMASA) and the Nigerian Shippers’ Council (NSC) bankrolled the Presidential Task Team to the tune of N300 million in its first two weeks of operation, business a.m. has gathered. 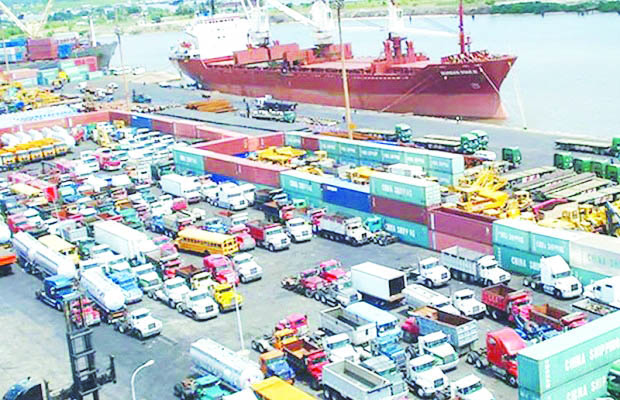 The Presidential Task Team (PTT) on the Restoration of Law and Order in Apapa was set up by the federal government in May, 2019 to return sanity to the Lagos ports access roads.

Executive vice chairman of the PTT, Kayode Opeifa, a former commissioner of transportation in Lagos, had maintained that the PTT which is domiciled in the office of the Vice President Yemi Osinbajo, did not get any financial allocation to function.

But, a source who is competent in the matter informed business a.m. that the task team was well funded through the support of the maritime agencies and other private sector investors in the port, who had to raise a total of N300 million for the PTT to begin operation within the first two weeks.

There were indications that the PTT, supervised by Osinbajo had reached maturity, as the executive vice chairman presented his scorecard recently in Abuja in which it recommended a national emergency on empty containers, as well as proposed termination of demurrage on empty containers at the point the truck carrying the container is registered at the park.

However, the traffic challenge which the PTT was established to check has remained. Car owners cannot still access the Apapa Port as the Warf Road is constantly blocked by trucks.

Opeifa had in his report, alleged that corruption was fighting back at his efforts and called for investigation of some actors whom he alleged were fronting for interests that were hitherto, benefiting from the chaotic traffic situation on the Apapa axis.

He said officials of the NPA needed to be more meticulous with truck call up from the Lilypond Park, which improper handling had continued to be a problem to the port road.

Opeifa further indicted officers of the NPA, the Nigeria Customs Service and license clearing agents and other port stakeholders whom he claimed deliberately made his job difficult.

He said the task team “observed the existence of interested parties entrenched in the day to day activities of the port and benefiting from the ugly congestion activities of the past in disguise as port stakeholders in form of unions, CSOs, associations and critical stakeholders with comparative advantage over others, working against the resolution of Apapa gridlocks.”

He further called on the presidency, the Lagos State government, and the police to “swiftly move in to sustain the gains of the Presidential Task Team,” while pleading that the NPA should be “prevailed upon to allow the working system put in place (by his team) to continue.”

“We also call on the presidency to review items listed on the National Emergency as it relates to: demurrage and port rent fees on container returns and cargo for pick up respectively; audit of the operation of terminal operators; activities of shipping lines with regards to refusal to accept container return best practices and demurrage charges; customs inspection and the use of scanners;  general port haulage and logistics minimum standards; and port activities regulations and regulator,” he said.

However, in his reaction, Uche Increase, national president of the National Association of Government Approved Freight Forwarders (NAGAFF), called on the federal government to improve upon the gains of short term solution to the Apapa gridlock.

He called on the government to adopt a long term approach that could be broken down in phases, where phase two comprises plans to consolidate and improve upon the gains of the short term plan.

“We expressed our concerns severally that the government is always adopting short term measures to solve the Apapa gridlock problem. The gains in the short term period should be improved upon on the mid-term within the next two or three years of the system. When this is done, you are working towards a long term solution,” he said.