COMMONWEALTH CONFERENCE, otherwise referred to as Commonwealth Heads of Government Meeting (CHOGM), came to Africa again last week, this time in Kigali, capital of Rwanda. Since the Commonwealth was founded in 1949, Africa has hosted more of the conferences than any other continent having Commonwealth countries. With the Kigali event, Africa has hosted no fewer than six times. In 1979, the fifth CHOGM was held in Lusaka, Zambia, while the next to be held in Africa was in 1991 in Harare, Zimbabwe. In 1999, the 16th CHOGM was held in Durban, South Africa and the 18th CHOGM was held in 2003 in Abuja, Nigeria. In 2007, the 20th meeting was held in Kampala, Uganda. This time, however, Kigali had it. On the face of it, the number of times the continent has hosted the meetings could imply its relevance. But whether such conferences have translated to any measurable development for the host countries or the continent is debatable. The Commonwealth is a loose association of 54 countries, found in all inhabited continents, with a combined population of 2.4 billion people, almost a third of the world population, out of which 1.4 billion live in India, and 94 percent living in either Asia or Africa. 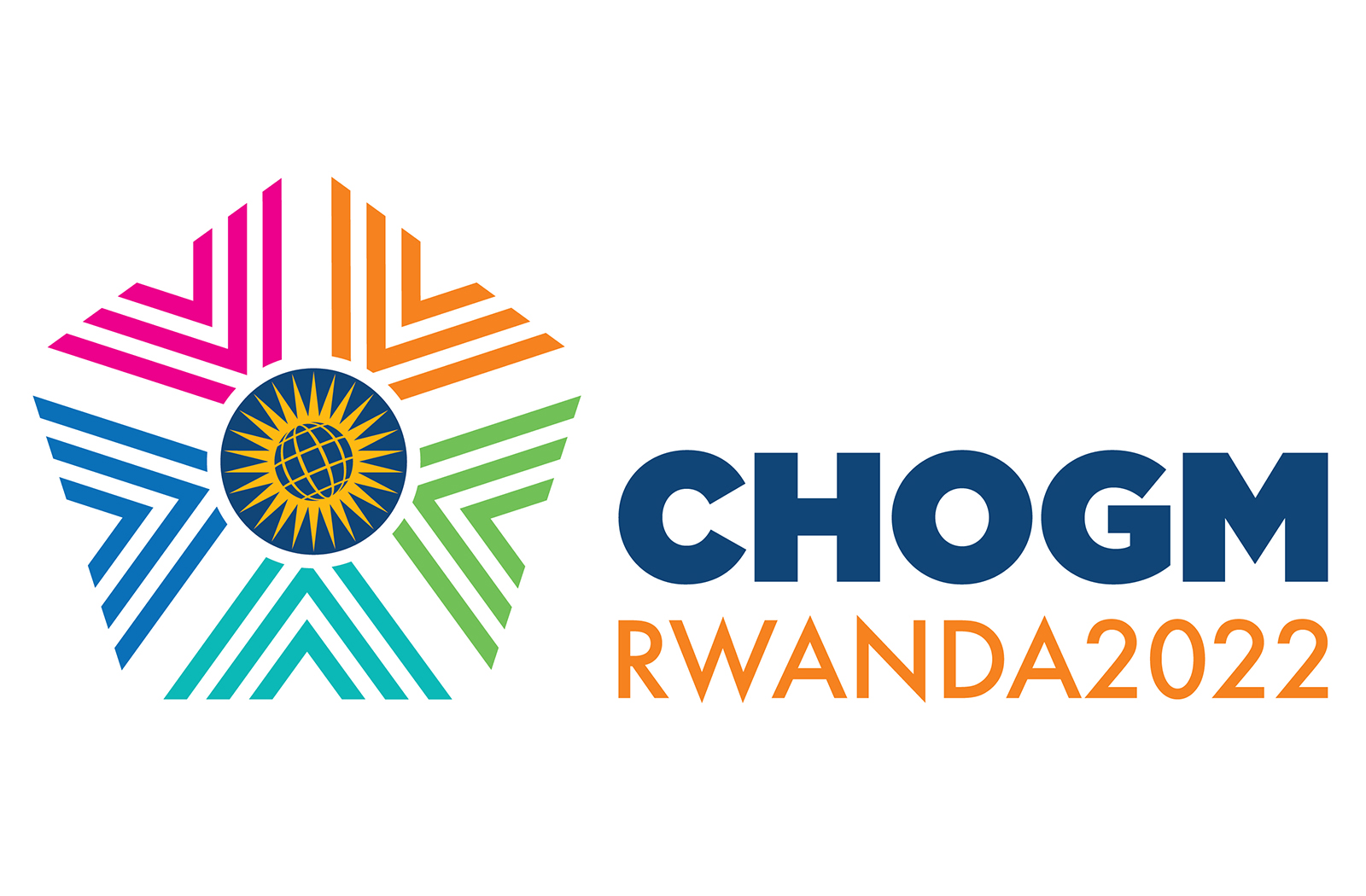 In Africa alone, there are 19 Commonwealth member states, seven of which are landlocked. Over the years, the Commonwealth has gained and lost some members. Some of the members today were never colonised by Britain: two examples in Africa are Rwanda and Mozambique which became members in 2009 and 1995, respectively. Robert Mugabe took Zimbabwe out in 2003 after its membership was suspended amid reports of election rigging. No decision has been reached yet on its 2018 application for readmission. Pakistan was re-admitted four-and-a-half years after it was suspended for a military coup in 1999. Much earlier, South Africa that was among the founding members withdrew in 1961, following criticisms by Commonwealth members for its apartheid policies. It became a member again in 1994 after the fall of apartheid regime. The Maldives was the last country to leave the Commonwealth in 2016, but it re-joined in 2020. Despite the entries and exits, the member countries had a combined GDP of $13.1 trillion in 2021 and are estimated to reach $19.5 trillion in 2027, almost doubling in ten years from $10.4 trillion in 2017.

But how well does the Commonwealth bode for African member countries today? From socio-economic standpoint, particularly trade relations, African member countries are not known to have much to do with one another. Altogether the 19 countries of Africa in the Commonwealth have a combined population of 583.99 million, far higher than the population of the 27 countries making up the European Union standing at 447 million people. It is yet more of a conjecture if the over half a billion population of Africa has translated into a vibrant market, with Botswana, Eswatini, Gambia, Lesotho, Mauritius, Namibia and Seychelles having 2.35 million, 1.16 million, 2.42 million, 2.14 million, 1.27 million, 2.54 million and 0.10 million, respectively. Those with moderately high populations include Rwanda with 12.95 million, Sierra Leone with 7.98 million, Zambia with 18.38 million and Malawi’s 19.13 million people. Cameroon’s population still stands at an estimated 26.55 million. Mozambique and Ghana have nearly the same population at 31.26 million and 31.07 million respectively. Uganda has recorded 45.74 million people, Kenya rises up to 53.77 million while Tanzania and South Africa run shoulder to shoulder with 59.73 million and 59.31 million, respectively. The highest of them all is Nigeria with a current population estimate of 206.14 million people.

While the GDP of Great Britain in nominal values was recently estimated at $3,108 billion in 2021, according to the IMF, India’s GDP was $2,946 billion by the same IMF estimate. Nigeria’s economy, considered Africa’s biggest in nominal GDP, has been estimated at $446.543 billion, while South Africa’s stood at $349.299 billion, Kenya’s at $79.511 billion and Tanzania’s at $51.725 billion. Most of the other economies considered to be significant have GDP below $50 billion each. Examples are Ghana with $47.032 billion, Cameroon with $34.006 billion, Uganda with $26.349 billion and Zambia with $25.504 billion. By some comparisons, the economies of two of the African countries in the Commonwealth are comparatively lower than those of some Caribbean small island developing states. Gambia is comparatively lower than Grenada both in terms of absolute GDP and GDP per capita. For Grenada, the national nominal GDP of $1.111 billion and per capita GDP of $10,360 are higher than The Gambia’s $1.038 billion and per capita GDP of $1,015. Another example is Fiji with nominal national GDP of $5.054 billion and per capita GDP of $5,740 compared to Sierra Leone with $3.897 billion national GDP and $491 per capita GDP.

UK Commonwealth ties with Africa are long-standing and aid contributions continue to be substantial. Yet, trade in goods between the UK and the continent is marginal, with less than two percent of the UK’s exports and just over two percent of imports come from African countries. It does not appear like Africa is seen as significant in trade relations with the UK. The sort of support that Africa desperately needs, to boost investment in infrastructure and links to finance, are not forthcoming at an encouraging rate and volume. Over the years, the UK seemed to have been slower to encourage trade links across Africa and has been lagging behind in its trade relations with Africa. But in recent times, China’s Belt and Road Initiative seems to have filled some gaps in Africa, thus drawing many countries away from their traditional trading and development partners. As of June 2022, French President Emmanuel Macron has visited 10 African countries once each and seven African countries twice each since he assumed office in 2017. By contrast, British Prime Minister Theresa May visited Africa in August 2018 in which she pledged £4 billion ($5.1 billion) of support for African markets. Going beyond that, she needed to have used that visit to deliver on both the strategic interests of Britain and those of African countries. But she visited only South Africa, Nigeria and Kenya. Out of the 55 international trips he has made since he became the British Prime Minister in 2019, Boris Johnson has only visited one country in Africa once, and that country is Rwanda. Not even the bigger economies in Africa have been on his radar since then, and this speaks volume.

Visit to Africa by the British Prime Minister holds some strategic significance. It is one of the ways to yield development benefits in the continent. Opportunities abound in various sectors, particularly for skill development in innovative technologies like off-grid solar power. A vibrant two-way trade between the UK and Africa will be highly rewarding, especially as African businesses gain access to the UK market; and as African exports are made more competitive. If the UK had considered Africa, the world’s second most populous continent, too important to be ignored, it would nonetheless have made its relationship with the continent a part of its strategic post-Brexit ally, as part of its goal to “strengthen its global partnerships.” Before Brexit, Africa was jettisoned by Britain as its attention was concentrated on the EU market, thus upsetting the Commonwealth’s relevance to Africa and other countries. How true are the claims that a British exit from the European Union was to create opportunities for the UK to escape the EU’s apparent protectionism and cumbersome internal politics so as to pursue a more liberal and globalist trade agenda based on the Commonwealth? How have some African countries been able to access the EU market via the UK before and after Brexit?

In the politics of Brexit, like any other form of politics, many plausible arguments were brought forward. The leave campaigners had suggested that the British, by entering the European Economic Community’s (EEC) preferential trading arrangements in 1973, had “betrayed our relationships with the Commonwealth.” In the language of the Eurosceptic activists, the UK had turned its back on the world – and particularly historic friends and partners – choosing rather a continentally focused and less ambitious foreign economic policy when it joined the EEC. David Davis, Boris Johnson, Daniel Hannan and Fraser Nelson stood out among the Eurosceptic group and were vociferous in their remarks before and after the June 2016 referendum on UK membership of the EU. In particular, David Davis had suggested in 2016 that the EU’s need to balance the interests of 27 member states when negotiating trade deals with external partners ‘has had dire consequences for the UK, particularly in relation to trade links with the Commonwealth. In their arguments, The EU’s cumbersome internal negotiating structures – as well as “protectionist forces in Europe” – according to Boris Johnson – are aimed to act as a constraint on the UK’s ability to make trade links in the wider world. Talk can be cheap sometimes. Since July 2019 when Boris Johnson became British Prime Minister, and after Brexit, almost three years ago, are the EU constraints still there? While the UK was still part of the EU, Commonwealth African countries became intertwined with the EU’s own system of external economic relations under the EU’s system of preferential trade relations found in the African, Caribbean and Pacific (ACP) group.

But the intrinsic implications could also not be denied, among which involved indirect cutting off of the Commonwealth’s direct trade relationship with the UK and the gradual erosion of the latter’s influence – albeit diminishing – on the Commonwealth countries. The Economic Partnerships Agreement (EPA) negotiations have in most cases failed to meet the EU’s agenda for comprehensive liberalisation. From the developing countries’ standpoint, the strict demands that can easily be interpreted as non-tariff barriers to trade form a major hurdle, especially the tariff bands gradation based on level of value addition that are subtly designed to discourage African countries and countries of the Caribbean and Pacific from adding value to their EU-bound export as they actually pushed those countries to the fringes in the global value chain. Or, should it be safely concluded that, with or without Brexit, Africa remains a distant economic partner of the UK? Wouldn’t countries such as China, Japan and Russia be right in their aggressive push to build economic relations with African countries? Why is Great Britain seemingly indifferent about Africa? And when will this attitude change? A better way to prevent massive inflow of migrants or deporting those that keep coming in illegally – as found earlier this month in the case of illegal immigrants from Rwanda – is to help provide incentives that would deliver sustainable livelihoods and discourage mass emigration. And that is within the ability of the UK if it truly desires to do so.