Howard Davies is Chairman of NatWest Group and former Deputy Governor of the Bank of England.

Project Syndicate: In May 2021, you noted that, despite Brexit, the City of London would remain Europe’s largest financial marketplace, but its Golden Age as Europe’s financial capital was over. With Prime Minister Boris Johnson’s resignation, the United Kingdom now confronts a new bout of political turmoil, compounding post-Brexit uncertainty. How might this affect the fortunes of the City of London, and the UK economy more broadly? 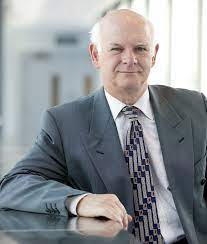 Howard Davies: There is no chance that either of the remaining candidates – former Chancellor of the Exchequer Rishi Sunak and Foreign Secretary Liz Truss – will change the government’s policy on Brexit. Sunak is more familiar with the policy’s regulatory elements, and there are some potential changes that may help insurance companies and the capital markets. But regulatory cooperation between the UK and the European Union – with which a memorandum of understanding has been negotiated but not signed – will remain blocked until the Northern Ireland issue is resolved. In the near term, London’s fortunes are in Belfast’s hands – an unusual state of affairs!

PS: Not long after the US Federal Reserve implemented an interest-rate hike that ran counter to its previous guidance, European Central Bank President Christine Lagarde announced that the ECB would shift to a “meeting-by-meeting” approach to setting its policy rate. In January, you warned that “the costs of losing control of consumers’ inflation expectations, which the leading central banks appear to have done, could be high.” Does the ECB’s decision to abandon forward guidance aggravate or mitigate that risk?

HD: The ECB is still playing catch-up, I fear. The history of central-bank forward guidance is short, and not at all sweet. The Bank of England tried it and failed under Mark Carney. The ECB’s experience has been similar: its guidance was rapidly overtaken by events. My concern now is that, since all three major western central banks were slow to react to inflationary pressures, the cost of squeezing inflation out of the system will be quite high.

PS: You recently examined the broader backlash against central bankers, arguing that monetary policymakers must address critics’ questions about the way monetary policy is conducted head-on. Is a rethink of central-bank independence and inflation targeting really in order? How can monetary policymakers best defend their reputations – and monetary stability – in the current environment?

HD: I would not want to see central-bank independence fundamentally changed, but there are signs that monetary policymakers have become hostages to “groupthink.” For example, three of the four external members of the BOE’s Monetary Policy Committee have been advocating faster interest-rate increases for some time, but Bank insiders have voted as a bloc against them. Central banks need to be more open to different ways of thinking. They also need to overhaul their forecasting, which has gone badly awry in the last two years.

PS: In your new book, The Chancellors: Steering the British Economy in Crisis Times, you highlight mistakes made by the BOE, the Financial Services Authority (FSA), and the Treasury during the 2008 global financial crisis. Which mistakes hold the most salient lessons for the challenges the UK is facing today?

HD: I have more sympathy than some for the UK authorities’ actions during the global financial crisis. Perhaps that is because I have worked in all three key institutions: the Treasury, the BOE, and the FSA. Nonetheless, I would argue that some critics fail to recognize the pressure such institutions were under to make quick decisions under uncertain conditions.

In retrospect, I think the scale of quantitative easing will be remembered as a policy error, the long-term consequences of which are only now emerging. The UK’s largely pointless restructuring of the regulatory authorities was an overreaction, as were the “ring-fencing” rules, which drew artificial lines down the middle of highly integrated banks. The latter damaged the competitiveness of UK banks, as no other country imposed a similar division. The Volcker Rule – which bars banks from engaging in proprietary trading or investing in hedge funds or private equity funds – is a far more sensible solution to the “too-big-to-fail” problem.

PS: While you disagree with some criticisms of the UK Treasury – such as that it is too influential – you do raise questions in The Chancellors about its ability to face some of the major challenges of our time, from tackling climate change to ensuring the sustainability of public finances. What is hampering the Treasury’s ability to address such imperatives? Where should the Treasury be updating its thinking, and where should it stand firm?

HD: I accept the charge of being too sympathetic to the Treasury at times. Someone has to give Treasury officials some love! But there are certainly areas where they lack relevant skills. In 2008, it was in the financial-markets arena – and they ended up relying too much on the BOE and the FSA. Now, it is arguably concerning climate change that the Treasury is poorly equipped: a conventional cost-benefit analysis might lead to inadequate action, because it does not price carbon properly or understand the full scope of the relevant externalities.

Nonetheless, the Treasury must retain a grip on the public finances at a time when spending pressures, particularly on health and social care, are ever-growing. The British public wants Northern European levels of social provision and US tax rates. The two are not compatible.

PS: In writing your book, you conducted in-depth interviews with past Chancellors of the Exchequer and key senior officials. Was there a conversation that changed your perspective on a particular issue or topic?

HD: When I started writing The Chancellors, I expected to conclude that the UK Treasury was too big, and that we would be better served by two institutions – an economy ministry and a finance ministry – in line with the typical continental European model. A conversation with Gus O’Donnell, a former permanent secretary to the Treasury, changed my mind.

O’Donnell pointed out that all the attempts over the last 60 years to cut the Treasury down to size had originated in 10 Downing Street, whose occupants typically came to resent the presence of a powerful next-door neighbour. Would it be right to downgrade the Chancellor? In a system like the UK’s – in which a prime minister with a large parliamentary majority can behave like an elected dictator – that would result in a dangerous concentration of power in one terraced house. It is a powerful argument, and I was convinced.

Unusually, this is a novel about a Treasury official: its protagonist, Paul Raison, is an adviser to a future French finance minister, a very thinly disguised representation of Bruno Le Maire. Anéantir is filled with Houellebecq’s characteristic misanthropy and gloom, but also has a (faintly) upbeat ending. No other novelist I know feels the pulse of our confused and confusing politics as sensitively.

By Julia May Jonas

This American campus novel explores wokeness and the #MeToo movement in a subtle yet provocative way. The story is told from the perspective of a middle-aged woman whose husband is accused of interfering with students. She sticks with him, and explores sexual fantasies of her own. Vladimir is brilliantly written, though it does have a melodramatic conclusion, which could have been omitted.

The Price of Time:

The Real Story of Interest

Chancellor advances a provocative attack on recent central-bank orthodoxy, arguing that zero or negative interest rates have caused more economic problems than they have solved. He takes a long view of the issue, beginning in Mesopotamia, moving through religious debates about usury, and examining John Law’s ill-fated scheme to revolutionise the finances of the French state. His current diagnosis is that ultra-low rates are responsible for low growth, high debt, and a slowdown in productivity gains. I cannot follow him on his whole intellectual journey, but the changes he proposes are never less than thought-provoking.

By a PS Contributor

My personal lockdown project was a book on the British Treasury since 1997, when Tony Blair gave the BOE its monetary-policy independence. I track the Treasury’s response to the global financial crisis, the Scottish independence challenge, Brexit, and the COVID-19 pandemic through interviews with Chancellors of the Exchequer, their key aides, and other officials, who explain what they were trying to achieve at the time. Now that some time has elapsed, we can assess their performance, finding that their record is mixed, though perhaps not as bad as some critics make it out to be (until Brexit), and that, throughout this period, the Treasury has retained its preeminent status in government.

Howard Davies is Chairman of NatWest Group and former Deputy Governor of the Bank of England.