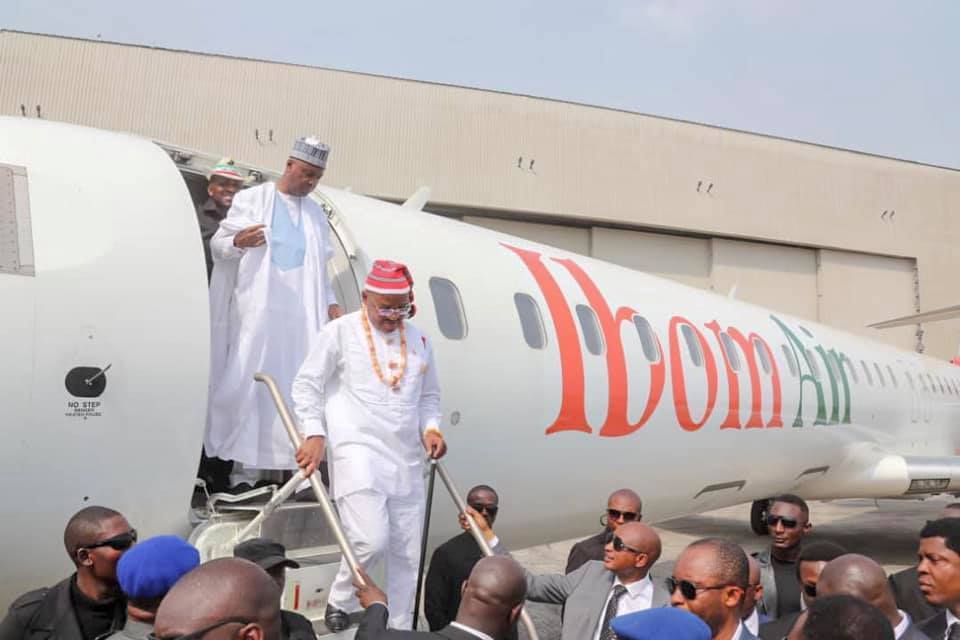 A statement from the chief press secretary to governor Udom Emmanuel,  Ekerete Udoh said the airline is first commercial airline ever to be owned and operated by a state government anywhere in the country and indeed Africa.
According to him, the airline is starting commercial operations having fulfilled all regulatory conditions and requirements by the regulatory authorities in the nation’s aviation sector.
He said the airline is one of the signature projects of the Emmanuel administration aimed at changing the economic fortunes of the state and providing employment for the unemployed indigenes of the state.
”The airline which represents one of the signature projects of Governor Udom Emmanuel’s first term was launched  on February 20th this year with three aircraft by the senate president, Bukola Saraki,” he said.
”Having fulfilled all the regulatory conditions and requirements, the airline was certified fit to commence commercial operations, leading to the maiden flight billed for tomorrow, June 7th, 2019.
”It will maintain regular daily flights to both Lagos (MMA2) and Abuja respectively. The aircrafts in its fleet (Bombardier CRJ 900) have the distinction of being relatively new, all three, under 10 years old.
”The commencement of the commercial operations by Ibom Air has been celebrated by Akwaibomites and other Nigerians as a testament to the visionary leadership of Governor Udom Emmanuel, who seems determined to break conventional wisdom concerning things long thought to be impossible to achieve.
”With this development, Governor Emmanuel’s avowed determination to open the three gateways to industrialization-land, sea and air appears to be on course”, he said.